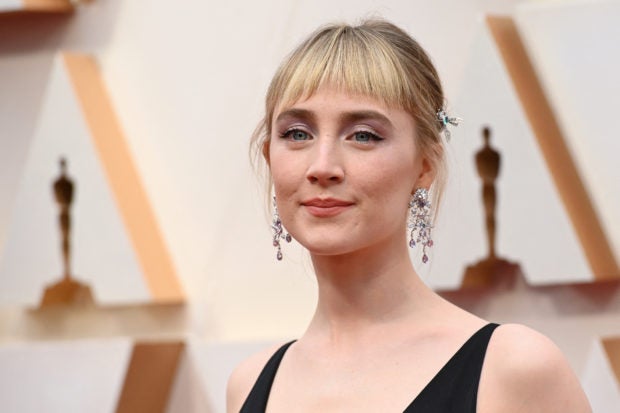 Saoirse Ronan arrives for the 92nd Oscars at the Dolby Theatre in Hollywood, California on Feb. 9, 2020. Image: AFP/Robyn Beck

Saoirse Ronan almost had a reunion with “Little Women” and “Lady Bird” director Greta Gerwig in the filming set of the live-action film “Barbie,” where the actress was supposed to have a cameo.

Ronan, a four-time Oscar nominee, had to drop the role of being “another Barbie” due to conflict in the filming schedule of her upcoming movie “The Outrun.” Ronan spoke about this in an exclusive interview with People yesterday, Sept. 14.

“I was supposed to do a cameo because I live in London and they were [filming] there,” she revealed. “There was a whole character I was going to play — another Barbie. I was gutted I couldn’t do it.”

Ronan then revealed that despite this, she still reached out to Gerwig as well as Margot Robbie, who plays the titular role in the live-action film, for possible cameo appearance.

“I have texted Margot and Greta and I’m like, ‘If you’re doing any pick-up [shots], maybe I can just walk through the background?'” Ronan stated.

“Barbie” is set to hit theaters in July 2023. Robbie will be starring in the film alongside Ryan Gosling — who will be playing Barbie’s boyfriend, Ken — Simu Liu, Kate McKinnon and Will Ferrell, among others. JB