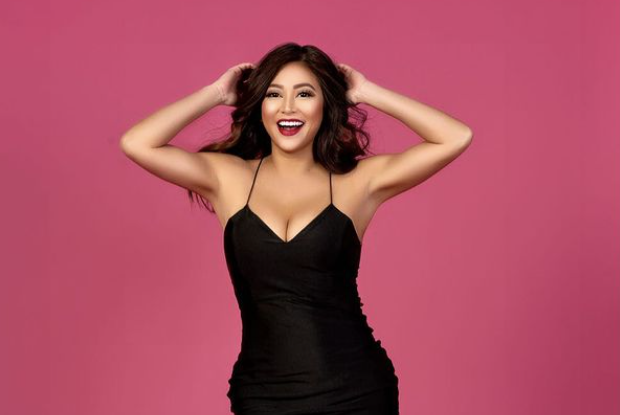 Rufa Mae Quinto appeared to have been jokingly included in the lineup of actors starring in the upcoming “Barbie” movie, and fans could not help but give witty remarks about the “hiccup.”

The actress’ name was included in the lineup released by Letterboxd, a social media service for film enthusiasts, via its Twitter page and website yesterday, April 27. It stated the movie’s premise and cast led by Australian actress Margot Robbie.

Given this, fans started to speculate that Quinto would be appearing in the movie, though the platform shut down the rumors via Twitter today, April 28. Quinto’s name has also been removed from the service’s page as of this writing.

“Correction: Rufa Mae Quinto is not in the cast of Barbie. This has now been fixed,” Letterboxd stated. “Our data is crowd-sourced via TMDb — occasionally there will be a few hiccups. Apologies for any confusion.”

**Correction: Rufa Mae Quinto is not in the cast of Barbie. This has now been fixed. Our data is crowd-sourced via TMDb — occasionally there will be a few hiccups. Apologies for any confusion. 😇

One @stepisowild claimed he was the one who entered Quinto’s name into the page. He also urged fellow fans to use hashtags pushing for Quinto’s inclusion in the film such as “#RufaMaeForBarbieMovie.”

“Use the hashtags guys para maging totoo ‘to (so this comes true),” he added in another post.

After the social media service made the correction, netizens took to Twitter to poke fun at the incident.

“Rufa Mae Quinto can do Barbie but Margot Robbie can’t do Booba,” one @yowmoonchild quipped, referring to Quinto’s character from the 2001 movie “Booba.”

rufa mae quinto can do barbie but margot robbie cant do booba 👎 https://t.co/2RnL9gk93u

Meanwhile, one @patrrickjey altered a quote from Quinto’s 2009 movie “Status: Single” to respond to the correction.

One @nikowl, meanwhile, joked that Quinto “dropped out” of the movie due “creative differences” and for not wanting to be “associated with pink visuals.”

The netizen was referring to Quinto’s appearances in the campaign events of presidential candidates Ferdinand “Bongbong” Marcos Jr. and Sen. Manny Pacquiao, whose campaigns have been associated with the colors red and blue, respectively.

BREAKING NEWS: Rufa Mae Quinto drops out of #Barbie over creative differences with director Greta Gerwig and star Margot Robbie. Quinto said she doesn't want to be associated with pink visuals, as she's campaigning for multiple presidential candidates and not for one color only. https://t.co/aYUDYU05Qu pic.twitter.com/VqdXzTCG0n

Warner Bros. Pictures released a first-look teaser for the “Barbie” movie via its Twitter page yesterday. It set the film’s release date to July 21, 2023.

#BARBIE
July 21, 2023
Only in theaters pic.twitter.com/mauCGpizD1

Aside from Robbie, the movie will also star Ryan Gosling as Barbie’s boyfriend Ken, Simu Liu, Kate McKinnon, Will Ferrell, Alexandra Shipp, Emma Mackey, America Ferrera and Hari Nef. The film is helmed by Greta Gerwig, who directed the 2019 version of “Little Women” and “Lady Bird,” among others.  /ra

Rufa Mae Quinto returns to the Philippines after 2 years