After 27 years, ‘A Jazzman’s Blues’ comes to Toronto film festival 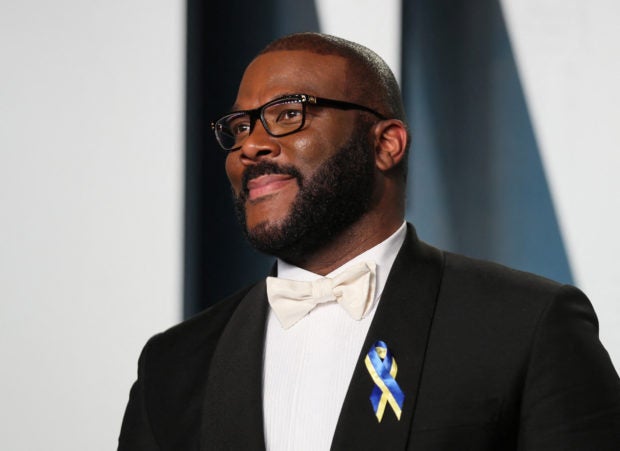 Tyler Perry wears a ribbon with the colors of the Ukrainian flag as he arrives at the Vanity Fair Oscar party during the 94th Academy Awards in Beverly Hills, California, U.S., March 27, 2022. Image: Reuters/Danny Moloshok

It poured out of him one rainy night in Georgia when he was “struggling and broke,” he told Reuters. But for years, even as he achieved success in show business, including with the popular Madea franchise and his own studio production complex, it hung in his head and he felt he could not make it. Not yet.

“Being in Hollywood, being a Black man, I could not have a flop. And having a period piece 10, 15 years ago could have been really risky. So I needed to wait for the right time,” he said.

“The thing that made it hard to wait was the criticisms of some of the other movies, people thinking that this is all I could do when I understood and knew that I had ‘Jazzman’ in my back pocket.”

Perry’s directorial credits include “A Fall From Grace,” “Acrimony,” “Nobody’s Fool” and multiple “Madea” movies. But “I have never enjoyed directing, ever, until this movie.”

The film, a saga of love and murder, tells the story of Bayou and Leanne, Black lovers in 1940s Georgia who are separated, then meet again years later when Bayou has become a song-and-dance sensation and Leanne has married and is passing as white.

“I read the script and I saw an opportunity to exist as myself within this story,” said Solea Pfieffer, who plays Leanne.

It was also an experience to learn about “colorism” and passing as white in American history, she said.

“It’s a very clandestine history — it’s unwritten because it had to be hidden… And it’s heartbreaking. There are all these people who had to betray themselves, leave part of themselves behind. And that is painful.”

Perry has experienced colorism himself, from a father who he said preferred Perry’s lighter-skinned sister over his darker children: “I understand it firsthand.”

“With this assault in America… the banning of books and not wanting to teach people the truth about slavery or Jim Crow and how difficult it was for us, this wanting to water it down, homogenize our history, has propelled me to want to do it now.”

“So if this sparks conversation and inspires people to do research, to really find out what really happened to us as Black people in America, then I’ve done all I wanted to do.”

The film is premiering at the Toronto International Film Festival this Sunday, Sept. 11. JB