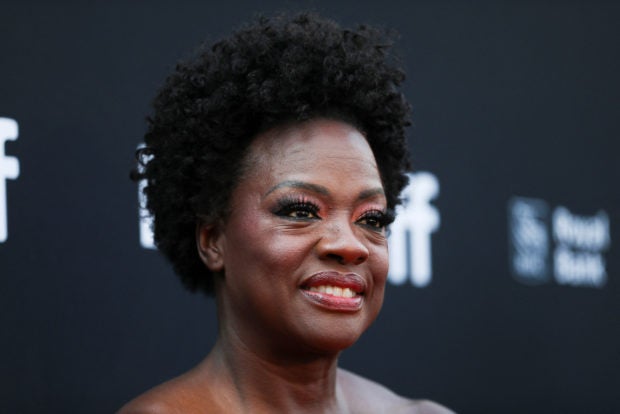 TORONTO — ​Viola Davis says she “always knew” she was the powerful woman warrior at the center of the new film “The Woman King,” which premiered at the Toronto International Film Festival on Friday.

The film chronicles the true story of the Agojie, a group of female warriors who in the 1800s protected the African Kingdom of Dahomey from colonization and the slave trade.

Director Gina Prince-Bythewood said when she first heard of the Agojie she saw herself in them, but said, “I think it’s something we don’t get to see … certainly not on film.”

“I felt like if I could make this movie, put these warriors up onscreen, that could inspire women to feel like they can be fighters and warriors, as well.”

As soon as she read the story, Prince-Bythewood said, she started to see the film in her mind. But it was not easy to get approval.

“Black Panther,” the 2018 superhero film set in a fictional African nation and featuring an elite group of women warriors, “certainly opened the door. Its success allowed us to get the green light and I hope the success of this film does the same for someone else,” she said.

Nicole Brown, president of TriStar Pictures, part of Sony Pictures Entertainment 6758.T and which developed and produced the film, said she “never doubted we could sell this movie.”

While the film’s originality made it compelling, it hit operational challenges, said Sony Pictures’ Motion Picture Group chairman and CEO Tom Rothman: They were shooting in South Africa when the coronavirus Omicron variant broke out.

​Both Prince-Bythewood and Davis said the film and its message are especially important now.

“In this day and age and this culture where women are under attack, when our choices, ou​r bodies, everything that we are, we’re considered secondary citizens, I would love for women to tap into that warrior spirit,” Davis said.

Davis, who has won an Oscar, an Emmy and two Tonys, described the role she took on for this film as a kind of coming-out party or a debutante ball.

“I always knew I was Nanisca.”

The film opens in theaters on Sept. 16. JB