Taylor Swift speaks up on 'All Too Well' red scarf: 'It’s a metaphor' | Inquirer Entertainment

Taylor Swift speaks up on ‘All Too Well’ red scarf: ‘It’s a metaphor’ 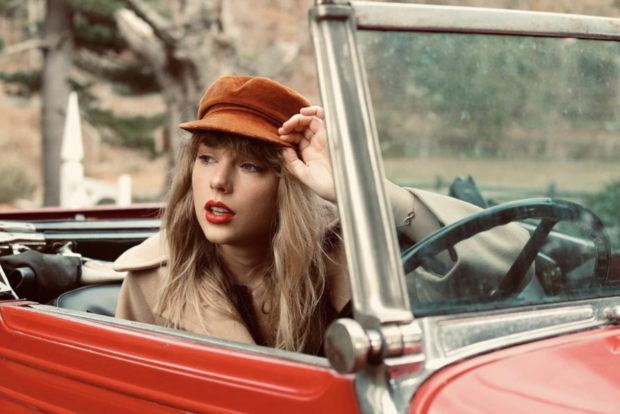 Taylor Swift has hinted that the red scarf in her hit breakup song “All Too Well” is not really in the hands of an ex-boyfriend, but is rather just “a metaphor.”

The Grammy-winning singer revealed this during her appearance at the Toronto International Film Festival (TIFF) yesterday, Sept. 9, as per Rolling Stone via Yahoo Entertainment today, Sept. 10. Swift attended the festival to promote her self-directed short film  “All Too Well,” which stars Sadie Sink (of “Stranger Things”) and “The Maze Runner” actor Dylan O’Brien.

“All Too Well,” along with its 10-minute version released in November 2021, is about a 21-year-old woman who is shattered after a breakup with an older boyfriend. The track, which is part of Swift’s album “Red (Taylor’s Version),” mentions a scarf that the singer apparently left at the house of her ex-lover’s sister, and was kept by the former beau because it “reminds you of innocence.”

“You stop it,” Swift told the crowd when asked about the scarf. “Basically, the scarf is a metaphor and we turned it red because red is a very important color in this album, which is called ‘Red.’ And, I think when I say it’s a metaphor, I’m just going to stop.”

While Swift did not mention anyone specific in “All Too Well,” fans believe that the song is about Jake Gyllenhaal, who she dated in 2010 and was spotted wearing her black scarf. However, the Hollywood actor asserted that the song has “nothing to do with [him]” and is instead about Swift’s relationship with fans.

Since the song’s release, theories about the meaning of the scarf, as well as debates whether it is an actual accessory or a metaphor have been on social media. Jake’s sister Maggie Gyllenhaal, speculated to be the sister mentioned in the song, was also asked about the scarf back in 2017 and she said she was “in the dark” about it.

Meanwhile, Swift is gearing up for the release of her 10th studio album “Midnights,” set to drop on Oct. 21. She also won video of the year at MTV’s annual Video Music Awards for the 10-minute version of “All Too Well.”. /ra