Taylor Swift wins video of the year at the MTV VMAs 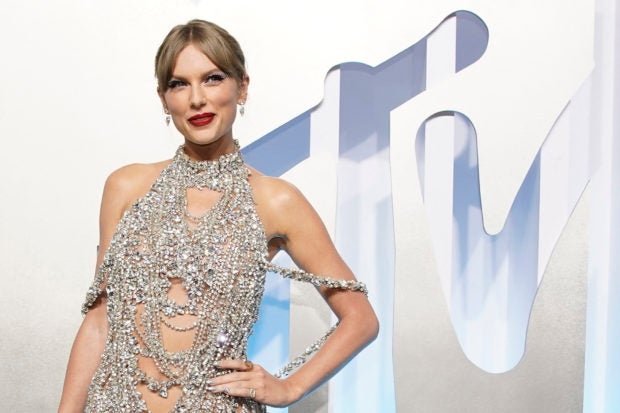 Taylor Swift won the top honor at MTV’s annual Video Music Awards on Sunday for the 10-minute version of her 2012 breakup song “All Too Well.”

During her acceptance speech, the singer announced that she will release a new album on Oct. 21.

“We wouldn’t have been able to make this short film if it weren’t for you, the fans,” she said on stage at the ceremony broadcast live from the Prudential Center in New Jersey.

Puerto Rican singer Bad Bunny was named artist of the year and was handed his award on stage at New York’s Yankee Stadium, where he was playing a concert.