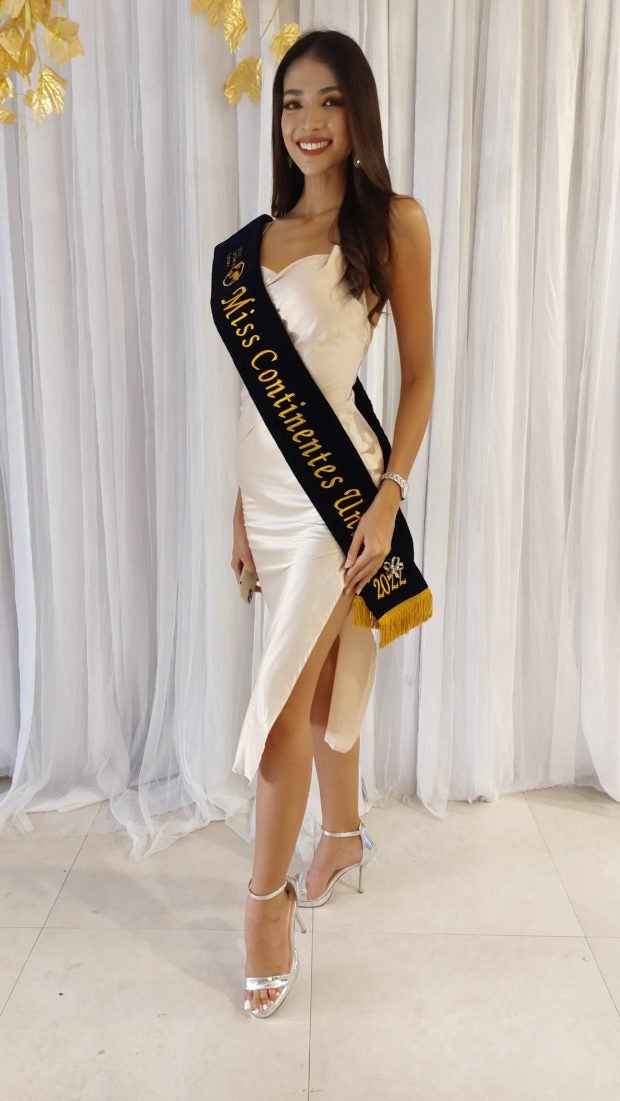 MANILA, Philippines — It has been exactly one month since Camelle Mercado became the second Filipino and Asian woman to be crowned Miss Continentes Unidos (Miss United Continents), when she bested 24 other international delegates at the 2022 pageant’s culmination in the city of Portoviejo in Ecuador on Aug. 6 (Aug. 7 in Manila).

She had initially signed up for the 2022 Binibining Pilipinas pageant earlier this year when she received a call from 2016 Miss United Continents Jeslyn Santos if she would want to represent the Philippines in an international competition.

The 2016 queen, the first winner from Asia in the Latin-dominated global competition, is now the contest’s national director for the Philippines. Mercado eventually gave in to Santos’ plea, and the rest is history.

“I’ve just been in Pampanga, I went back home for my homecoming parade, and I really felt the love of my fellow ‘Kapampangan.’ I feel so proud that they’re proud of me,” she said.

The province has produced many of the country’s national and international titleholders, including 1979 Miss International Melanie Marquez.

Mercado said the international organization told her before she left Ecuador that she will fly back to the South American country in the course of her reign.

“Right now I’m just waiting for the instructions when they want me to go back to Ecuador,” she said. “I think they told me last time that I’ll be back around December or January to do some charity works there.” JB