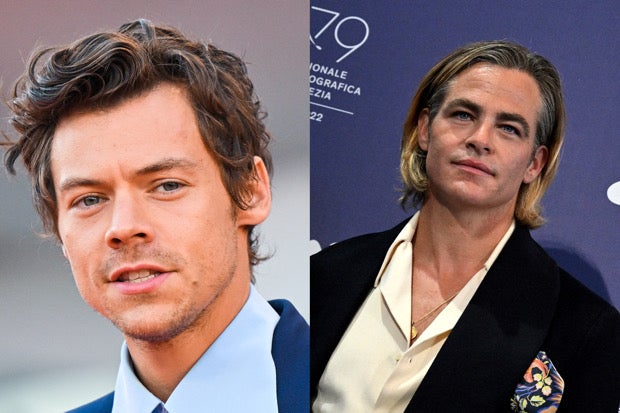 A representative for Chris Pine addressed the speculations of a rift between the American actor and his “Don’t Worry Darling” co-star Harry Styles, after a video of the latter supposedly spitting on Pine made rounds on social media.

During the movie’s premiere at the Venice Film Festival, Pine was sitting next to director Olivia Wilde on his right and a vacant seat on his left, as seen in a clip uploaded by one @Mac70J on his Twitter page yesterday, Sept. 6.

Styles approached to sit beside Pine when the actor-singer’s lips moved, seemingly spewing something in Pine’s direction. Pine, who was initially clapping, appears to have been taken aback as he looked down on his lap and slightly shook his head.

#HarryStyles appears to spit on Chris Pine i won't sleep until i know the truth pic.twitter.com/wLXjIHTYgU

Pine’s rep then immediately dismissed the issue which was described as a “complete fabrication,” in an exclusive statement obtained by People, also yesterday.

“This is a ridiculous story — a complete fabrication and the result of an odd online illusion that is clearly deceiving and allows for foolish speculation,” the rep was quoted as saying.

“Just to be clear, Harry Styles did not spit on Chris Pine,” the rep added. “There is nothing but respect between these two men and any suggestion otherwise is a blatant attempt to create drama that simply does not exist.”

Styles and his camp are yet to comment on the matter, as of writing.

Meanwhile, Wilde earlier denied rumors of falling out with the film’s lead star Florence Pugh over Wilde’s relationship with Styles. The director also stressed how “honored” she is to have the latter as her film’s lead star. JB

Venice gets a dose of Harry Styles fever