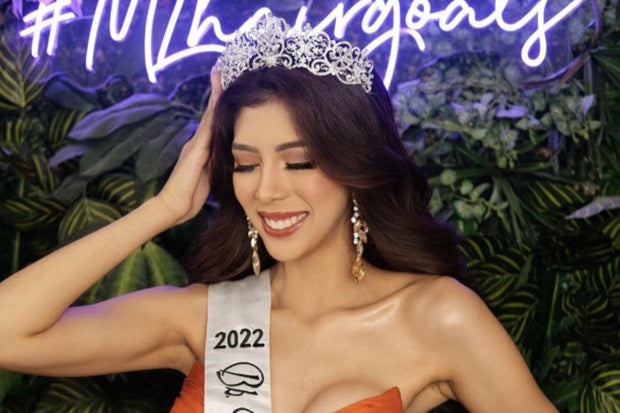 Herlene Budol is set to join international beauty pageants, as her talent manager Wilbert Tolentino announced that he already asked for permission from the Binibining Pilipinas’ organization.

Budol, who finished first runner up in the recent pageant, received warm welcome from her fellow townsmen in Angono, Rizal during her victory homecoming, as seen on the town mayor’s Facebook page last Friday, Aug. 5. During the event, Tolentino made public their plans for Budol in pageantry.

(I just want to announce that I already asked for permission from the Binibining Pilipinas [organization], that I have been looking for an international pageant where I can send Herlene to compete. She will still use the [Filipino language] because it is her [trademark and because] we are celebrating our language’s week this month.)

Tolentino then praised Budol for her commitment, which he regarded as the reason why she deserves the support and help she has been receiving from the public.

The comedian-turned-beauty-queen then extended her message of gratitude to those who have been part of her Binibining Pilipinas journey, and reminded fans that there is always room for improvement.

(You know, [I realized] that there is still more to those who think so little of their mind’s capacity. [Take me for example], I used to be afraid to speak in front of a crowd but that can be learned. I believe that everything can be learned.)

(Just as sir Wilbert said, we still have international pageants to take on. I am ready to proudly shout “Pilipinas” even in Tagalog.)

Aside from her first runner up finish, Budol also brought home the most number of special awards in the coronation night held last July 31. She then described her pageant success as “unexpected” and aims to inspire fans through her experience. JB