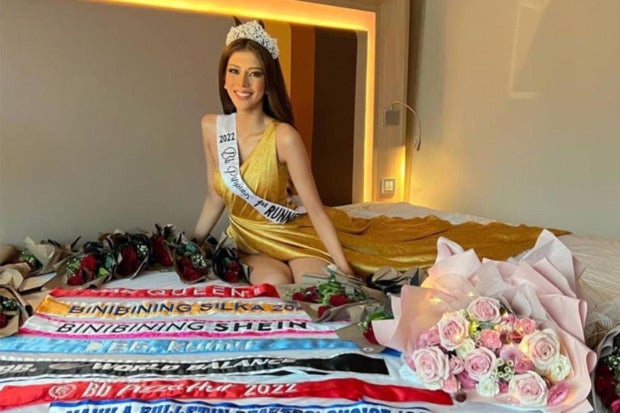 Herlene Budol is ecstatic over finishing as first runner up in this year’s Binibining Pilipinas pageant, and bringing home as well the most number of special awards.

The comedian-turned-beauty-queen spoke about her pageant experience in a series of posts on her Instagram page yesterday, Aug. 1. Budol also showed herself offering to a cross one of her bouquets from the coronation night as an expression of gratitude to God.

(I may have not won the crown but I still got a beautiful prize and that is the respect I gained as a remarkable squammy and a unique woman. I have further promoted respect towards comedians, that they are not only comedians but people who possess beauty and ability to achieve their goals.)

Budol then reminded her fans to believe in their own abilities, drawing an example from her pageant success which she described as “unexpected.”

“KUNG KAYA KO, KAYA MO DIN. ‘Wag kang matakot na ipakita kung ano ang meron ka,” she stated.”Binibining hindi inaasahan because I know for my self that I am uniquely beautiful with a mission.”

(If I can do it, then you can do it, too. Do not be afraid to show what you got. [I am an] unexpected Binibini because I know [in myself] that I am uniquely beautiful with a mission.)