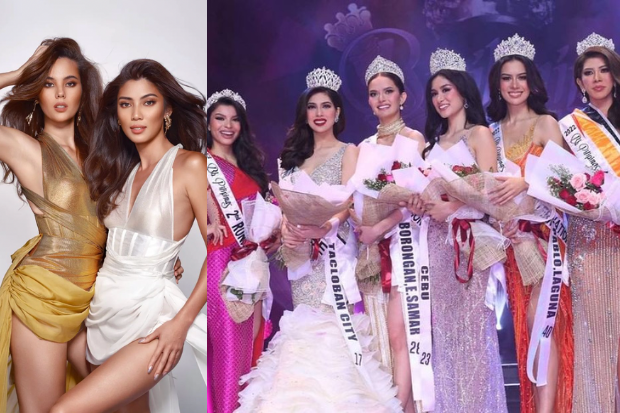 Catriona Gray and Nicole Cordoves have spoken up on the delay that happened during the announcement of winners for Binibining Pilipinas, stressing that the results were said correctly.

During the pageant’s coronation night, hosts Gray and Cordoves took a long pause before announcing the winner for Bb. Pilipinas International. They were then approached by a staff member, while the candidates glanced at each other, seemingly confused about the delay, as seen in a live-streamed video on the pageant’s YouTube channel last Sunday, July 31

Gray and Cordoves later laughed off the pause, joking that “no pageant experience is complete without a whole lot of suspense.” Still, some pageant fans, including comedian Vice Ganda, were left curious over what happened during the announcement.

“As the hosts of last night’s Binibining Pilipinas 2022, we announced the winners accordingly based on the titles printed on the cards as these were handed over by SGV & Co. partner and representative, Mr. Ocho,” they stated. “As a member of the overseeing committee during the deliberations, Mr. Ocho later rechecked the cards and confirmed that the results previously announced were correct, which became the decisive factor in moving forward with the announcement.”

Gray and Cordoves explained that, as former candidates themselves, they would have immediately addressed mistakes if there had been any that arose during the coronation night.

“But as already explained, SGV & Co. partner and representative Mr. Ocho himself confirmed the validity of the results,” the two added.

Meanwhile, Cordoves expressed support for the winners of the pageant while showing moments from the coronation night via Instagram, also yesterday.

“Congratulations to our new queens! Your reign may not always be as smooth-sailing, but that’s what makes Binibinis special—we learn to command the waves,” she told them.

Gray and Cordoves’ management, Cornerstone Entertainment, stood by the announcement made by the beauty queens, as per a statement on its Instagram page yesterday. It reiterated that the winners were announced accordingly based on title cards handed over to Ocho.

“Mr. Ocho even rechecked the cards and confirmed that the results announced by the hosts were accurate. We hope that this will put to rest any controversy concerning last night’s results,” it stated.

LOOK: Catriona Gray, Nicole Cordoves all glammed up in shoot ahead of Bb. Pilipinas finals night

Read Next
Why song about ‘things that don’t go as planned’ resonates with Arra San Agustin
EDITORS' PICK
Karding damage to infrastructure at P23M
House energy committee chair Arroyo bats for cheap electricity
Individuals affected by ‘Karding’ now over 157,000
Reignite your passion with the vivo Y35
Bongbong Marcos says PH ‘open for business’ with new Clark Airport terminal
Newbie gamers are in for a treat with the power-packed feature of vivo Y16
MOST READ
Angelica Panganiban ‘duguan, sugatang mom’ one week into breastfeeding
LPA enters PAR, may develop into tropical depression
LOOK: Gwyneth Paltrow goes nude and golden in 50th birthday shoot
UP, other schools’ skipping of full face-to-face classes irks Pia Cayetano
Don't miss out on the latest news and information.