LOOK: Catriona Gray, Nicole Cordoves all glammed up in shoot ahead of Bb. Pilipinas finals night 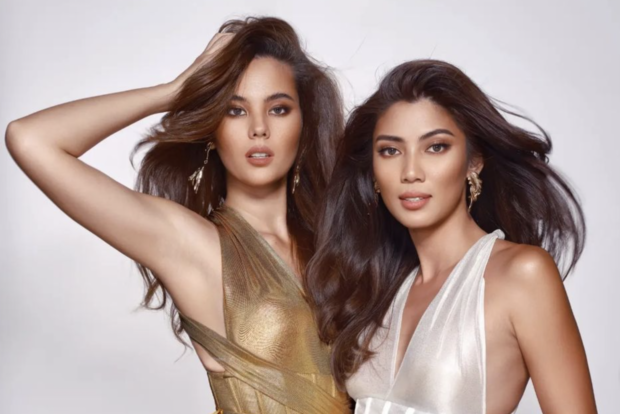 The beauty queens, who will be hosting this year’s Binibining Pilipinas, donned dresses inspired by their swimsuits back when they competed in the local pageant, as seen on Gray’s Instagram page yesterday, July 28. The portraits were taken by photographer Dookie Ducay.

“Sister Act. My sis [Nicole Cordoves] and I are back as the all-female hosting tandem for [Binibining Pilipinas] 2022,” Gray said. “[I] wanted to recreate our Binibini candidate days!”

This is not the first time that Gray and Cordoves will host Binibining Pilipinas together. They both appeared as hosts of the pageant last year, during its 57th edition.