SB19, BGYO among Twitter’s most talked-about groups in PH–2022 report P-pop acts SB19 and BGYO are among Twitter’s most talked-about groups in the Philippines, according to the 2022 Twitter PH Trends Report released on Thursday, July 28.

Employing cultural and data experts, the microblogging platform looked into three major trends that provide a “sneak peek into the movements that will drive culture.” These include conversations on fandoms, mental health awareness, and finance. 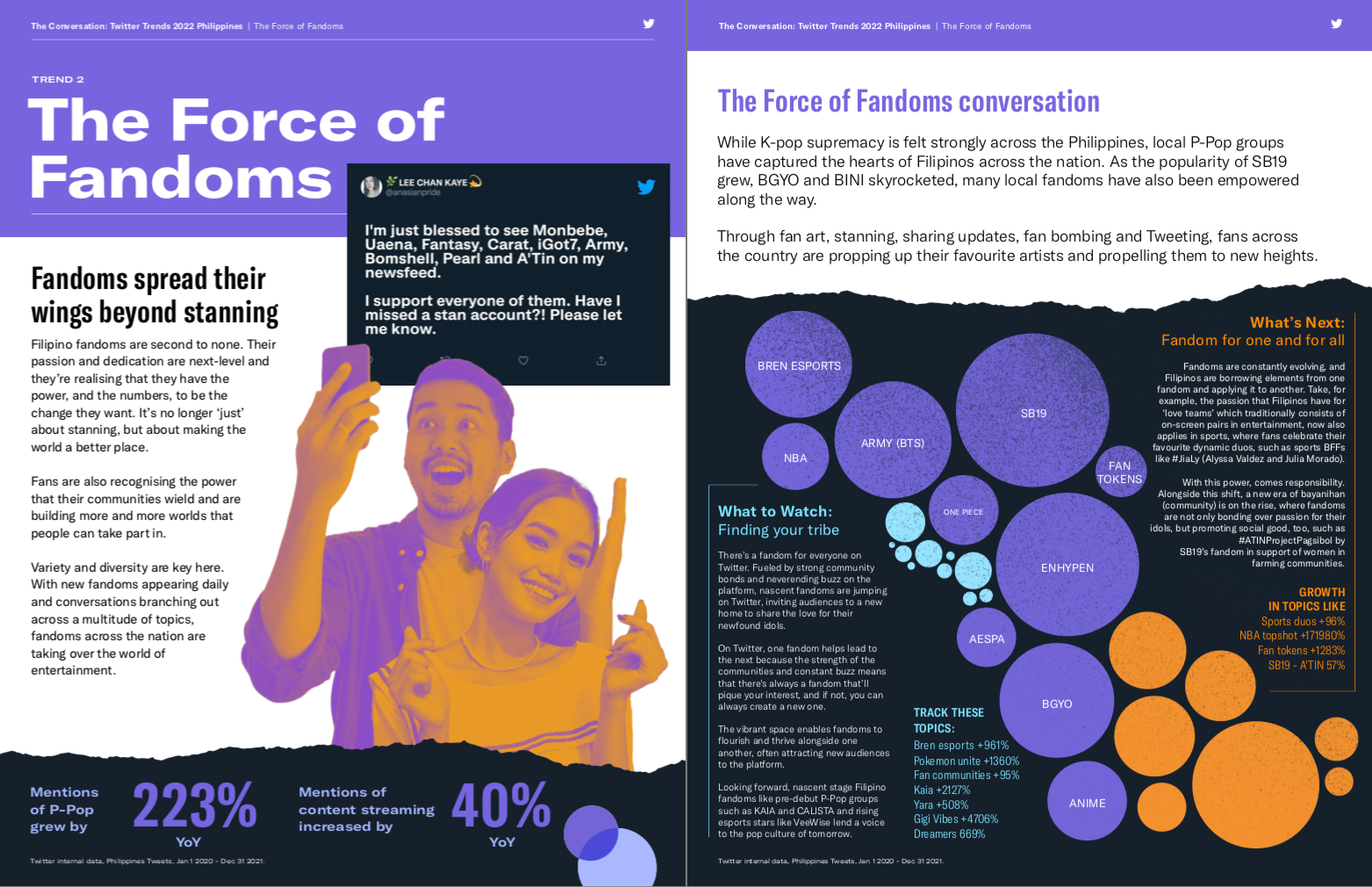 In the fandom trends, data showed that mentions of P-pop in general grew by 223 percent year-over-year, based on its internal data from Jan. 1, 2020, to Dec. 31, 2021. Mentions of content streaming, meanwhile, increased by 40 percent in the same period.

The report, which was commissioned by Twitter with audience intelligence platform Pulsar and behavioral insights firm Canvas8, noted that while K-pop is beyond popular in the country, local groups are gaining momentum.

“As the popularity of SB19 grew, BGYO and BINI skyrocketed, many local fandoms have also been empowered along the way,” the report said. Other local groups were highlighted too in the results like rookies KAIA, CALISTA and YARA.  /ra