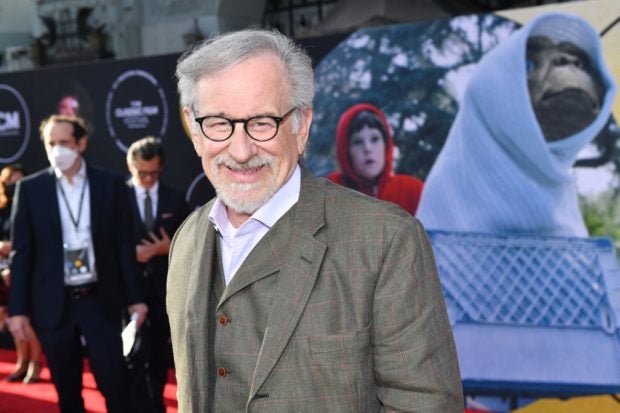 US director Steven Spielberg attends the 40th-anniversary screening of “E.T. the Extra-Terrestrial” presented on the opening night of the 2022 TCM Classic Film Festival at the TCL Chinese Theater in Hollywood, April 21, 2022. Image: AFP/Robyn Beck

Steven Spielberg, Jennifer Lawrence and Harry Styles will bring their world premieres to Toronto, as North America’s largest film festival signaled a return to full strength with the unveiling of a star-studded lineup Thursday.

The Toronto International Film Festival (TIFF), which bills itself as “the world’s biggest public film festival” and has launched countless Oscar winners, will welcome back A-listers to glamorous red carpets and exclusive after-parties after two heavily scaled-back editions during the pandemic.

Spielberg’s eagerly awaited and deeply personal “The Fabelmans” will be among the hottest tickets during the festival, which begins Sept. 8.

Based on the revered director’s childhood in Arizona, exploring the family secrets of a young man with an early passion for filmmaking, the coming-of-age drama stars Michelle Williams, Paul Dano and Seth Rogen.

Peter Farrelly, whose 2018 race drama “Green Book” began its path to Oscars glory at Toronto, will bring “The Greatest Beer Run Ever,” another world premiere. Zac Efron plays a merchant seaman who travels to Vietnam in the 1960s to deliver a case of beer to his army buddies, alongside co-stars Bill Murray and Russell Crowe.

TIFF is a key part of the fall festival lineup, along with Venice and Telluride, at which movies hoping to build early Oscars momentum typically hold lavish premieres.

Stars expected to return to the Toronto red carpets this year include Oscar winners Jessica Chastain and Eddie Redmayne—in “The Good Nurse”—and Harry Styles, who plays a closeted 1950s cop in “My Policeman.”

Jennifer Lawrence stars in “Causeway,” a drama about a soldier suffering from a traumatic brain injury, while Viola Davis plays “The Woman King,” and Nicolas Cage appears in “Butcher’s Crossing.”

Ewan McGregor and Hawke will feature in the world premiere of “Raymond & Ray,” produced by Alfonso Cuaron for Apple which—fresh from its historic best picture win with “CODA”—is also bringing a Sidney Poitier documentary produced by Oprah Winfrey.

Billy Eichner’s “Bros”—billed as the first gay rom-com from a major studio—will have a splashy first showing, as will movie mogul Tyler Perry’s “A Jazzman’s Blues.”