Jaclyn Jose retiring from showbiz: 'I know I have to go' | Inquirer Entertainment

Jaclyn Jose retiring from showbiz: ‘I know I have to go’ 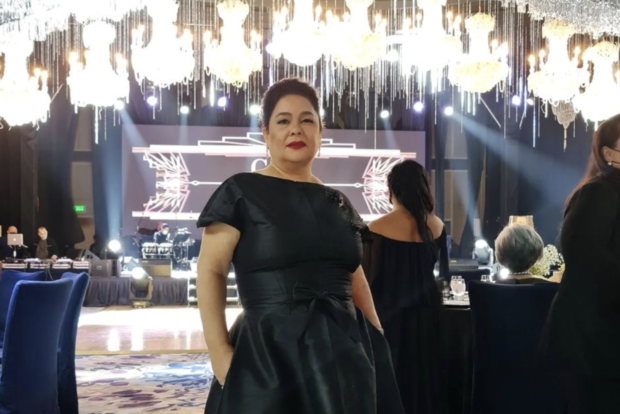 Jaclyn Jose has shocked fans when she revealed that she will be retiring from acting, after decades of being in the showbiz industry.

The award-winning actress told fans about her plans to retire through a now-deleted Instagram post today, Sept. 1. Despite being removed from Jose’s page, the announcement has since been reshared by netizens, as well as GMA Network’s official Instagram page.

“I am retiring… maraming salamat po (thank you very much),” Jose said without elaborating. 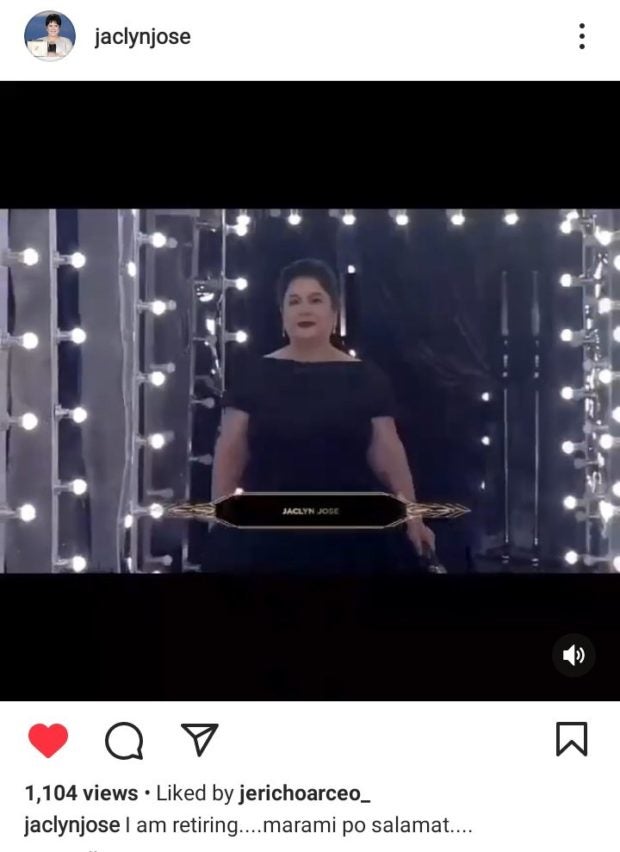 Jose admitted through comments in the said post that retiring is a painful experience for her, then stressed that she decided to do so since she loves her children Andi Eigenmann and Gwen Garimond Ilagan Guck.

“Masakit but…I know I have to go,” she said. “I just [so love] Andi and Gwen most and foremost to have come into this.”

Jose, who has been an actress as early as the 1980s, recently appeared in the GMA series “Bolera” in which she portrayed the mother of Kylie Padilla’s character Joni.

She also starred in various other films and TV series including “Serbis,” “Tuhog,” “Patay na si Hesus,” “The Cure,” “Nagsimula sa Puso” and Brillante Mendoza’s “Ma’ Rosa,” for which she won the best actress award at the 2016 Cannes Film Festival.  /ra

Read Next
‘She-Hulk: Attorney at Law’ is the way it should be
EDITORS' PICK
How not to retire as an ex-president
Shop smarter with vivo’s big 12.12 holiday deals
Lawmakers eyeing more changes in Maharlika plan
House energy committee chair Arroyo bats for cheap electricity
The vivo Y02 is now available in the Philippines for only PHP 5,299
Hidilyn Diaz wins only gold missing from her collection
MOST READ
Jovit Baldivino, ‘Pilipinas Got Talent’ winner, dies at 29
LPA enters PAR, to likely strengthen into tropical depression in coming days – Pagasa
Andi Eigenmann, family in Manila for a quick visit; Ellie dines with grandma Jaclyn Jose
11 Filipino imports named to Japan B.League Asian All-Star team
Don't miss out on the latest news and information.