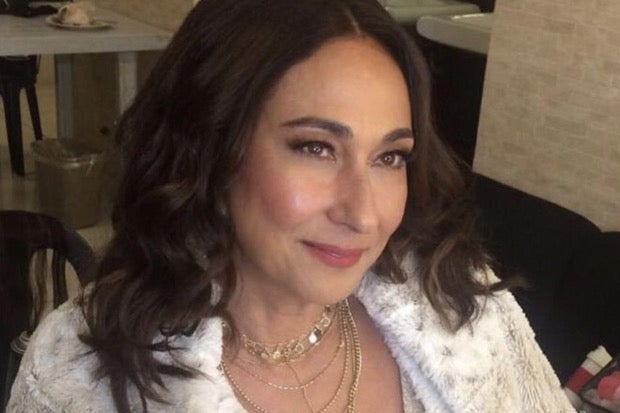 Cherie Gil’s family confirmed that the veteran actress succumbed to cancer, stating that it was her request to keep her illness from the public.

Raphael Rogoff, Gil’s son, expressed their family’s gratitude to those who extended their love and concern for her mom, as per a statement released on his Instagram today, Aug. 7.

“It is with heartfelt sorrow that we announce that Cherie passed away peacefully in her sleep on August 5th, at 4:48 a.m. EST after a brave battle against cancer,” the statement read. “Cherie was diagnosed with a rare form of endometrial cancer in October of last year after deciding to relocate to New York City to be closer to her children.”

“It was her request that her diagnosis be kept private, and as a family we supported her in this decision,” it added.

It was further disclosed that Gil had her loved ones beside her during her final days, adding that the actress bravely fought the disease with “grace and strength.”

“Despite her struggles she always managed to exude courage and never lost her trademark sass, wit, and infectious humor, or her larger-than-life personality,” it said. “While we are deeply saddened by our loss and still mourning her passing, we are incredibly moved by the outpouring of love and support for her and our family; evidence of just how many lives Cherie touched.”

Gil’s family then asked for the actress’ fans to share their memories of her through photos, videos and messages, which her family will view in private “in the spirit of her original wishes.”

“In the end, there are no words — only love. Cherie lived with all her heart,” the statement concluded.

Gil’s demise was first revealed to the public by talent manager Annabelle Rama, who opted not to state the cause of death and only asked for prayers. Tributes were then poured out by fellow celebrities including Sharon Cuneta, Vilma Santos, Zsa Zsa Padilla and Gil’s nephew Sid Lucero. JB

Read Next
Tom Rodriguez to those alluding to his split with Carla Abellana: ‘Let’s refrain from shaming others’
EDITORS' PICK
Reignite your passion with the vivo Y35
Karding damage to infrastructure at P23M
Bongbong Marcos says PH ‘open for business’ with new Clark Airport terminal
House energy committee chair Arroyo bats for cheap electricity
UNFPA Philippines Career Opportunities
Sierra Madre stands up to Karding, but needs protection vs the humans it saves
MOST READ
Angelica Panganiban ‘duguan, sugatang mom’ one week into breastfeeding
Badoy not with Office of the President, NTF-Elcac, under Marcos admin — solon
LPA enters PAR, may develop into tropical depression
Cop yields after killing wife, companion in Oriental Mindoro
Don't miss out on the latest news and information.