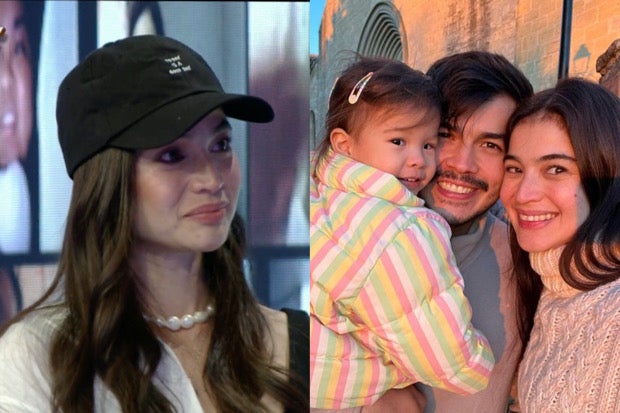 Anne Curtis could not help but be emotional when she named her husband, celebrity chef Erwan Heussaff, as the hero of her life, describing him as a “super dad” to their daughter Dahlia.

Curtis expressed appreciation for Heussaff when she and fellow “It’s Showtime” hosts talked about the people they consider as heroes in their lives, as seen in the noontime variety show’s Facebook page yesterday, Aug. 29. The topic of the conversation came in celebration of National Heroes’ Day.

“Ang hero ng buhay ko — like sisteret, kung may Ion siya, ako naman may Erwan (The hero of my life — like my sister, if she has Ion then I have my Erwan),” Curtis said.

The “sisteret” she was referring to was comedian Vice Ganda who named his partner Ion Perez as his hero.

“He’s my super hero, super dad,” Curtis spoke of Heussaff, trying to hold her tears back to no avail. “He’s really an everyday hero.”

While Curtis was not able to expound, she nodded in agreement to Vice Ganda who stressed how it is comforting to have partners who can share the weight on one’s shoulders.

(I make jokes about her but what she does as a mom, as a wife, and as an entertainer for all of you, is hard. But because she has someone like Erwan who will say, “Let me handle this. Do your thing and be an entertainer” — it is a huge [help] for her.)

“That’s why he’s my everyday hero, forever and ever,” Curtis responded.

Curtis and Heussaff have been together for six years before they got married in 2017. The couple then welcomed Dahlia in 2020 while they were staying in Australia. JB