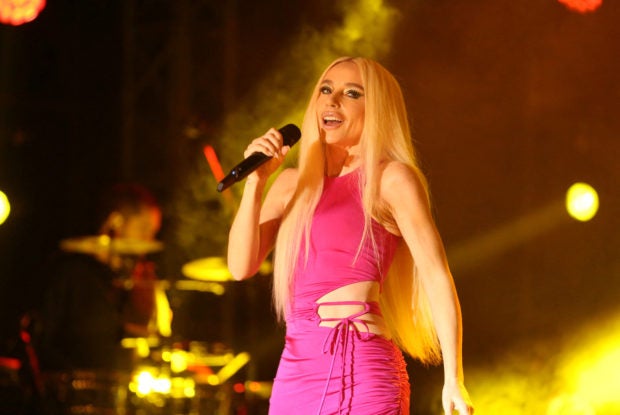 ISTANBUL — A Turkish court ruled to release pop star Gulsen from pre-trial detention and transfer her to house arrest on Monday, her lawyer said, after the singer’s formal arrest four days ago over a quip about religious schools sparked outrage.

Gulsen was jailed pending trial on Thursday on a charge of incitement to hatred, after a video of her comments from four months ago surfaced on a website of a pro-government newspaper Sabah a day earlier.

Thousands took to social media in support last week, saying she was targeted for her support for LGBTQ+ rights and liberal views that go against President Tayyip Erdogan’s Islamist-rooted AK Party. Several ministers condemned her comments on Twitter.

Gulsen’s lawyer, Emek Emre, said the challenge filed by her legal team against the formal arrest was accepted by the court. Gulsen was expected to be released later on Monday and be transferred to house arrest, the lawyer said.

Erdogan, whose AK Party first came to power nearly two decades ago, himself studied at one of the country’s first Imam Hatip schools, religious institutions which were founded by the state to educate young men to be imams and preachers. JB