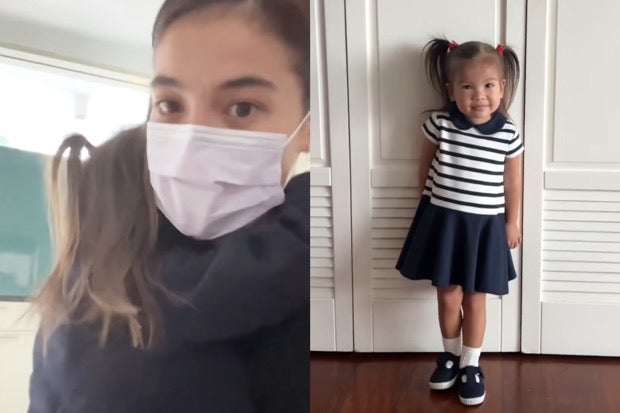 Anne Curtis and Erwan Heussaff’s daughter Dahlia could not seem to contain her excitement as she attended her first day of classes in school.

The 2-year-old kid twirled in delight while getting ready for school, as shown by Curtis in a video compilation on her Instagram page yesterday, Aug. 22.

“My little school girl. All done with her first day [and] she had so much fun,” Curtis said.

Other moments seen in the video include the actress sending her daughter off to school, Dahlia carrying her pink backpack, and the stamp on the kid’s hand which she apparently got from her class.

Curtis’ fellow celebrities Shaira Luna, Jessy Mendiola and Danica Sotto were among those who gushed over Dahlia and complimented her charm. 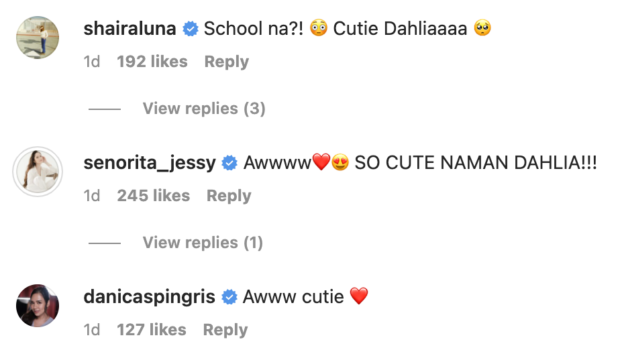 Curtis and Heussaff, who got married in 2017, welcomed Dahlia in 2020 while they were staying in Australia. The couple celebrated their daughter’s second birthday last March with a pastel and floral-themed party.  /ra