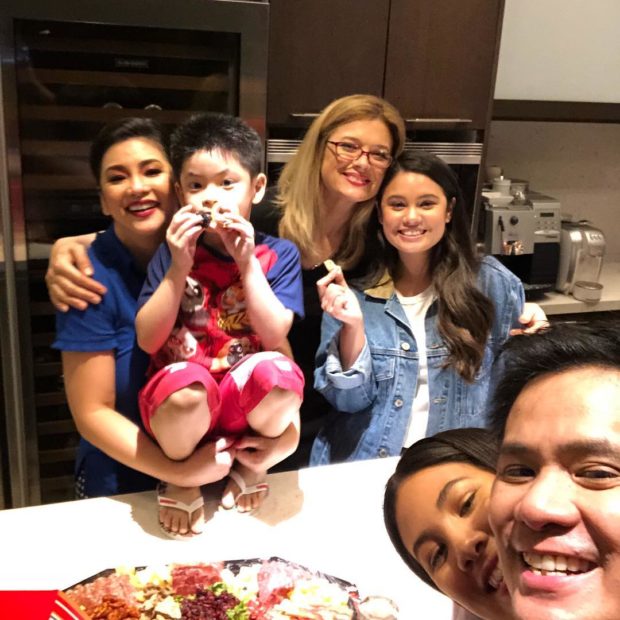 Regine Velasquez has nothing but good words for Ogie Alcasid’s ex-wife, Australian beauty queen Michelle van Eimeren, who the Asia’s Songbird considers as the “key” factor why their blended family shares a harmonious relationship.

Velasquez recounted how she and Eimeren got emotional when they had the chance to talk to each other for the first time, in an interview with celebrity hairstylist Celeste Tuviera, as seen on her YouTube channel yesterday, Aug. 27.

“Walang panunumbat ([She] did not take it against me), whatsoever. She accepted whatever it was that happened and she even said to me that it was not about me, it was between the two of them (van Eimeren and Alcasid),” Velasquez said. “Right away, forgiveness was given, acceptance was given, and so there was friendship.”

While the singer did not elaborate what happened to them in the past, it can be recalled that Velasquez earlier opened up on how she became a third party between Alcasid and Eimeren, and stated that she still bears guilt despite being already forgiven by Eimeren.

Velasquez also spoke about the continuous effort she, Alcasid and Eimeren make to maintain a good relationship for Leila and Sarah, Eimeren’s daughters with Alcasid, for them to not feel like “something is missing” in their lives despite their parents’ separation.

“Ang key talaga is si Michelle (Michelle really is the key). Kung kunwari nagtigas-tigasan siya (If she had not been cooperative) — like I would hear horror stories about the exes — they can be difficult. She was a very loving person and she loved me,” she stated. “She was the key.”

“Of course my husband had to work hard on the relationship kasi siya ‘yung mag-iinstigate (because he was the one who [initiated] the [communication]) but Michelle was very understanding,” she continued.

Meanwhile, Velasquez and Alcasid have a son together, Nate, who the couple welcomed a year after they got married in 2010. JB