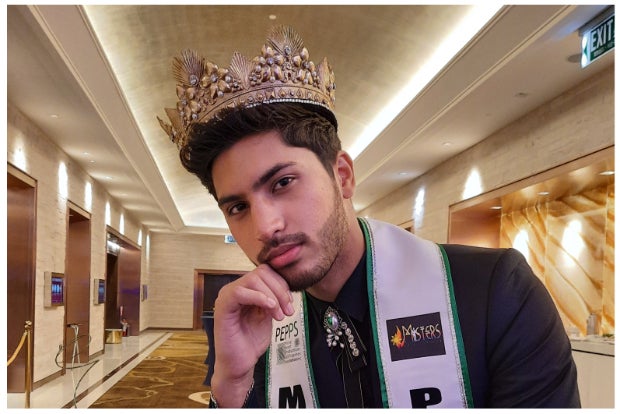 Reigning Misters of Filipinas Nadim Elzein, who finished third in the 2022 Man of the World pageant, is currently looking for a successor to his national title. Image: Philippine Daily Inquirer/Armin P. Adina

MANILA, Philippines — The Misters of Filipinas pageant will hold the final callback for its applicants this month, and those who may want to witness the selection of this year’s official contestants have the opportunity to watch the live proceedings — as long as they donate school supplies or hygiene kits.

The final callback is scheduled to take place at Winford Manila Resort and Casino on Aug. 28, at 4 p.m. The first 80 registered guests who will bring P200 worth of school supplies or hygiene kits will have the chance to get inside the hall where the selection of this year’s contestants will be made. Beneficiary schools of the male pageant’s “Back to School Safely” campaign will receive the donated materials.

To register, interested individuals must send a message to the Misters of Filipinas official Facebook page. Those who will fail to register will not be allowed to enter the venue even if they are among the first 80 guests to arrive with donations.

“After three years, this is our very first face-to-face final callback. Misters of Filipinas is very excited for this event. We learned to adapt with the ‘new normal’ and we are proud that despite the pandemic last year, we were able to mount a very successful national finals. And we are very positive that this year will be bigger,” Carlo Morris Galang, president of pageant organizer Prime Event Production Philippines (PEPPS) Foundation Inc., told the Inquirer in an interview.

Applicants were interviewed virtually. Those who passed the initial stage will be invited for the final call back where they will be further scrutinized in a face-to-face setup.

The 2022 Misters of Filipinas pageant, the competition’s ninth edition, will have between 35 and 40 delegates, including those who have already won in the regional searches, and the contests held in various overseas Filipino communities.

Galang said, “the new breed of ‘Misters’ must be committed, passionate, has the ability to inspire, and of course, adaptable.”

He declined to share details of this year’s final competition, but said the production will have a “more modern and entertaining” flow.

The Misters of Filipinas pageant chooses the Philippines’ representatives to several international male competitions, including the homegrown Man of the World pageant.