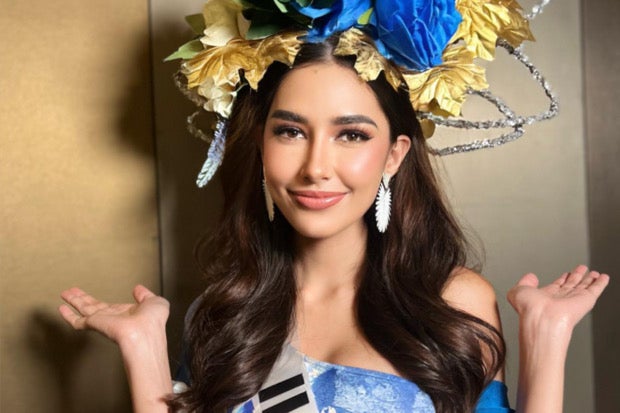 Mendoza showed the said photo after she was “asked by a pageant page who she would like to win the International crown aside from herself,” as per her Instagram Stories last Thursday, Aug. 4. The photos have since expired but have been re-uploaded by fans on social media.

“My co-repeater [Gabrielle Camille Basiano],” she answered. “Please watch [The Qrown PH] interview for proof [and] take a good look at the next photo.”

In the photo, Miss Universe 2018 Catriona Gray, one of the hosts of the event, can be seen talking to a staff member who was holding a piece of paper. Mendoza then gave a closer look by zooming in on the photo, showing the words “17 Globe, 23 Intercont, 28 International” written on it. 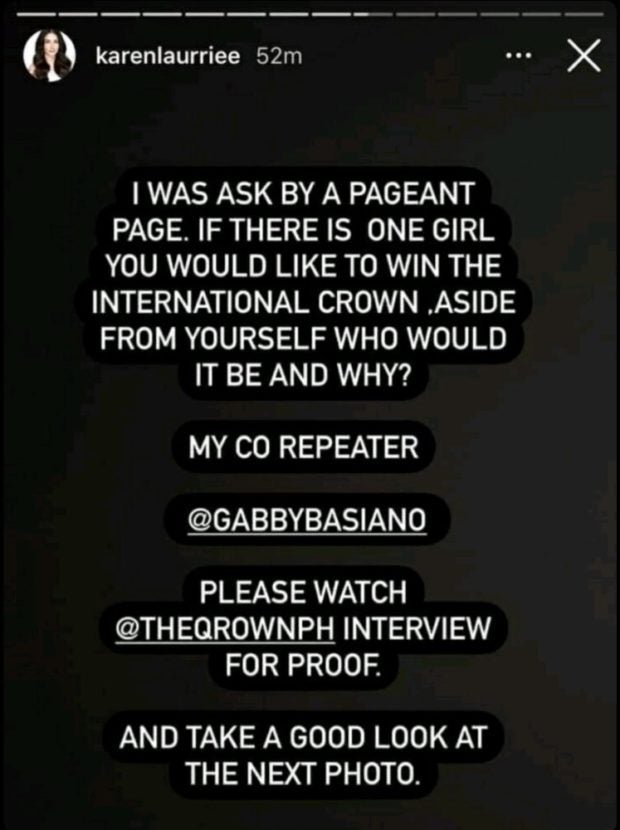 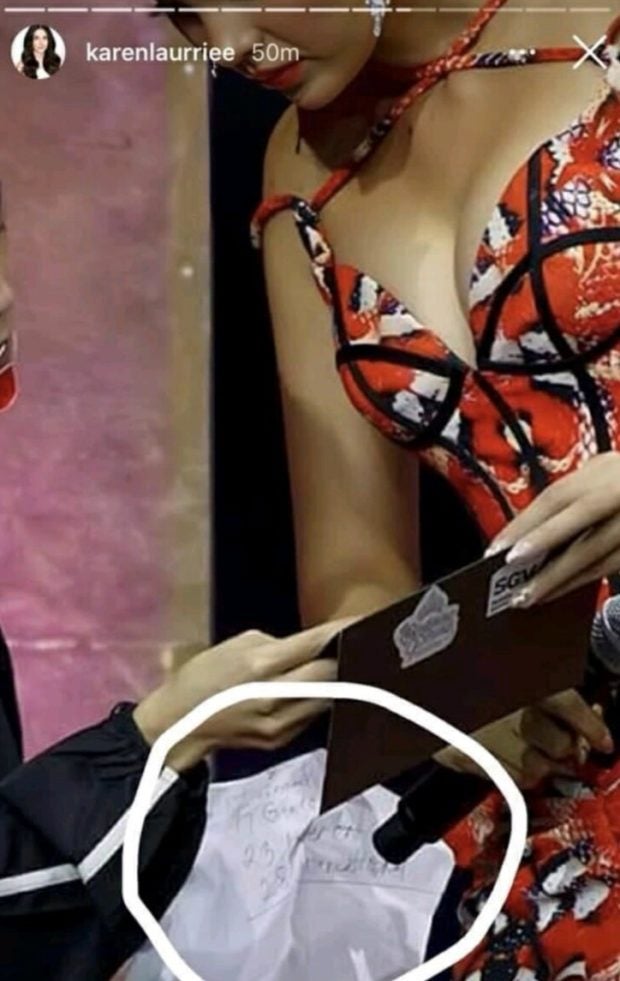 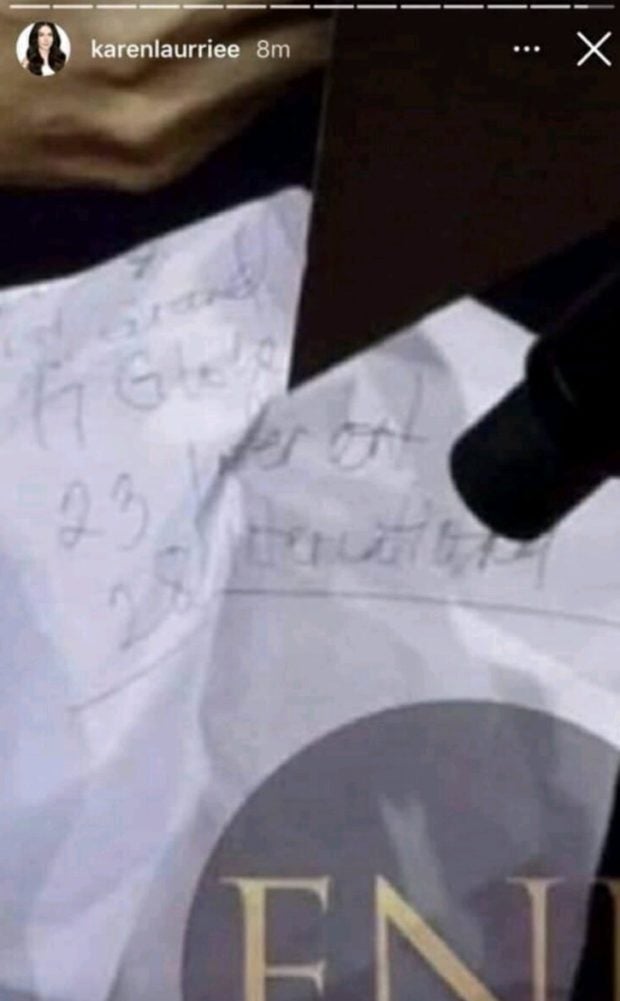 Mendoza then apologized for her prior post and lamented how people will “criticize” and “bring you down” for just one mistake, as per her Instagram page yesterday, Aug. 7.

“I want to be remembered as the girl who is not afraid not to be okay. An inspiration that your emotions don’t define and recognizing and labeling how you feel is the first step to healing,” she stated. “That’s why I want to apologize [for the] photo I posted a few days back. Like everyone else, I wanted answers too. What was written on that piece of paper will cost a dream and I wanted to help shed light on the many questions.”

“But I deleted it because it was already clarified by the organization. [Binibining Pilipinas] is the pageant I [joined because] I believe in the organization,” she added.

Mendoza also addressed the pageant winners and sent her well-wishes for them, adding that she “can’t wait for what’s ahead” of them.

During the pageant’s coronation night, Gray and fellow host Nicole Cordoves took a long pause before announcing the Bb. Pilipinas International titleholder. This left pageant fans wondering what was going on, but Gray and Cordoves, as well as beauty queen MJ Lastimosa, clarified that the winners were announced correctly and that there was just a confusion mishap. JB