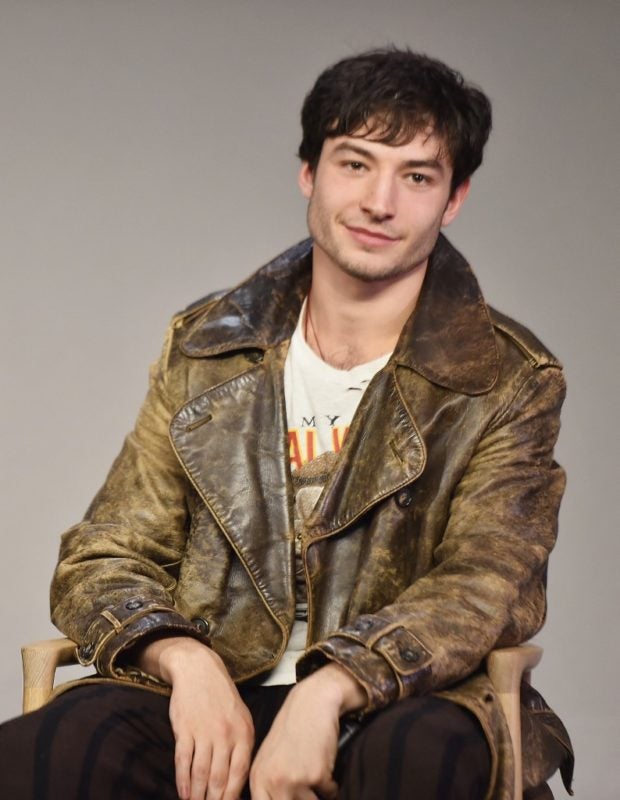 Ezra Miller attends the Apple Store Soho presentation of Meet the Cast: “Fantastic Beasts and Where to Find Them” at Apple Store Soho on Nov. 9, 2016, in New York City. Image:Getty Images via AFP/Michael Loccisano

Ezra Miller, the troubled star of Warner Bros’ major upcoming superhero movie “The Flash,” is seeking treatment for mental health issues after a string of high-profile controversies, the actor said.

The 29-year-old, who has already appeared as the key DC Comics character in several blockbuster films, including “Justice League,” was charged this month with felony burglary in Vermont, and earlier this year was charged with disorderly conduct following two arrests in Hawaii.

Those incidents—and further allegations of choking a woman in an Icelandic bar, which did not result in charges—have raised questions in Hollywood over the future of “The Flash” and Miller’s career more broadly.

“Having recently gone through a time of intense crisis, I now understand that I am suffering complex mental health issues and have begun ongoing treatment,” Miller, who identifies as non-binary, said in a statement sent to AFP by their representative on Tuesday.

“I want to apologize to everyone that I have alarmed and upset with my past behavior. I am committed to doing the necessary work to get back to a healthy, safe and productive stage in my life,” Miller added.

Despite the controversies, Warner Bros earlier this month signaled it intends to go ahead with releasing “The Flash,” which is due in theaters next summer.

Filming has already been completed on the movie, which has a reported $200-million budget.

It is the first standalone movie for Miller’s character in the “DC Extended Universe” of inter-connected movies owned by Warner, a rival franchise to the Disney-owned and record-breaking Marvel superhero films.

Miller shot to early success with lead roles in acclaimed dramas “Afterschool,” “We Need to Talk About Kevin” and “The Perks of Being a Wallflower.”

On an earnings call with investors [email protected] month, David Zaslav, CEO of parent company Warner Bros Discovery, appeared to confirm “The Flash” will still be released, along with two other superhero titles.

“We have seen ‘The Flash,’ ‘Black Adam’ and ‘Shazam 2.’ We are very excited about them,” he said. “We’ve seen them. We think they are terrific, and we think we can make them even better.”

The timing of Zaslav’s comments angered some fans, as the company days earlier announced it was dropping “Batgirl,” a nearly completed $90-million superhero film starring a Latina actress in its lead role. DC/RA

TAGS: DC Comics, Ezra Miller, Justice League, The Flash, The Perks of Being a Wallflower