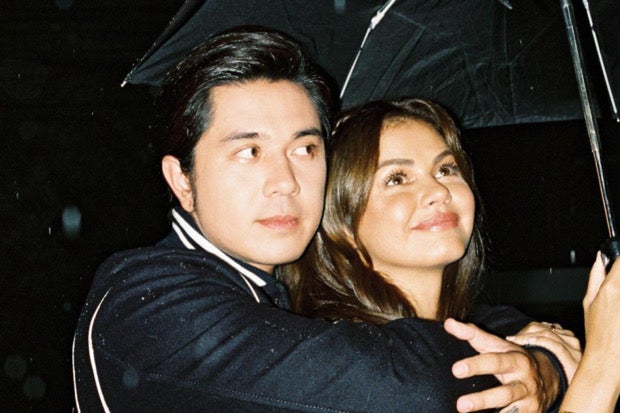 Janine Gutierrez may have intrigued fans more on the status of her relationship with fellow actor Paulo Avelino, after she evaded a question asking if the actor is already her boyfriend.

The actress took on the “Search With Me” challenge wherein she answered the most searched questions about her on the internet, as seen in a video on IWantTFC’s YouTube channel last Sunday, Aug. 14. Gutierrez started off the segment, the name of which was derived from her queer series “Sleep With Me,” with a question about her being married.

(No, guys. I am not yet married. I only got married in “Marry Me, Marry You” but I am yet to wed in real life.)

Gutierrez then laughed and gave an indirect answer after she read the second question asking if she is single.

Speculations that the pair are getting closer to each other started when they were frequently spotted together even after their first TV series ended. Meanwhile, Gutierrez and Avelino also recently starred in the romance-drama film “Ngayon Kaya” which premiered last June. JB

Your subscription could not be saved. Please try again.
Your subscription has been successful.
Read Next
Donnalyn Bartolome amid criticism on ‘kanto birthday party’: ‘Not just a concept, this was my life’
EDITORS' PICK
Fuel price rollback expected on Feb 7
vivo Philippines offers a free bouquet of flowers and a premium necklace perfect for Valentine’s Day
Makabayan bloc blasts bid to expand US access to more military bases in PH
Omega Speedmaster super racing: Tiny device massive change
House energy committee chair Arroyo bats for cheap electricity
Philippine-United States alliance ‘rock solid’ — DFA
MOST READ
Vice Ganda gets called out for ‘unfair treatment’ of ‘It’s Showtime’ co-host Karylle
Fuel price rollback expected on Feb 7
Kris Aquino gets ‘renewed confidence’ after consultation with new doctor: ‘I have a strong chance of getting better’
Pokwang tells self amid revelations on past relationship: ‘Bangon, nanay ka’
Don't miss out on the latest news and information.