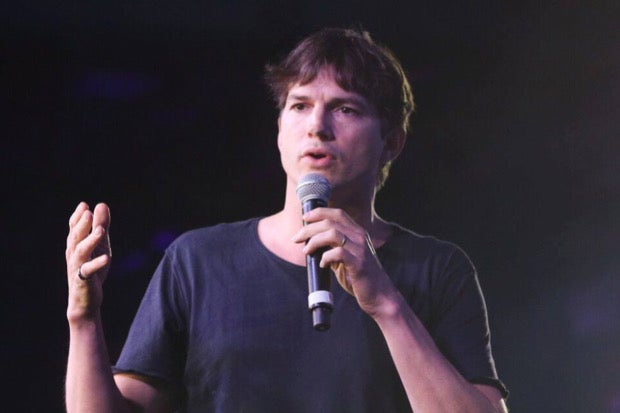 Ashton Kutcher is “lucky to be alive” as he opened up for the first time about the rare vasculitis he had three years ago, which caused him balance, vision and hearing impairment.

Vasculitis is an autoimmune disease defined as a “general term for several conditions that cause inflammation in blood vessels,” making them “weak, stretched, bigger or narrower,” as per WebMD.

The American actor recounted his ordeal with the disease during an episode of National Geographic’s “Running Wild with Bear Grylls: The Challenge.” A sneak peek at the said episode was exclusively released by Access on its YouTube channel on Monday, Aug. 8.

Kutcher also reflected on how strength and abilities are oftentimes taken for granted, while sharing his realizations from his bout with the disease.

“The minute you start seeing your obstacles as things that are made for you, to give you what you need, then life starts to get fun, right? You start surfing on top of your problems instead of living underneath them,” he added.

Kutcher then clarified that he already recovered from the disease and is currently “all good,” as per his Twitter page yesterday, Aug. 9.

“Before there are a bunch of rumors/chatter/whatever out there. Yes, I had a rare vasculitis episode [three years] ago. (Autoimmune [flare-up]) I had some impairments — [hearing], vision, balance issues right after,” he said. “I fully recovered. All good.”

Before there are a bunch of rumors/ chatter/ whatever out there. Yes, I had a rare vasculitis episode 3yrs ago. (Autoimmune flair up) I had some impairments hear, vision, balance issues right after. I fully recovered. All good. Moving on. See you at the 2022 NY Marathon w/Thorn