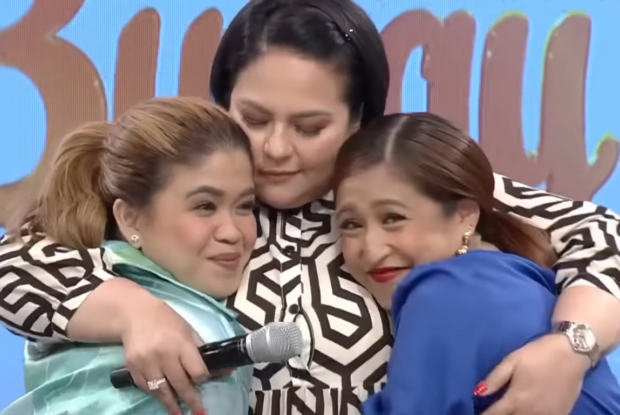 “Magandang Buhay” hosts Jolina Magdangal and Melai Cantiveros have teased that the show is set to welcome its new official co-host soon.

The morning talk show released a teaser featuring Magdangal and Cantiveros, along with the mystery “ku-momshie,” via Instagram yesterday, Aug. 4.

In the teaser, Magdangal and Cantiveros can be seen walking by a dressing room when they hear knocking from inside it. They then put their heads close to the door, as the mystery co-host continues to knock.

The new “ku-momshie” of “Magandang Buhay,” who will be replacing original host Karla Estrada, will be revealed on the show’s live episode on Monday, Aug. 8.