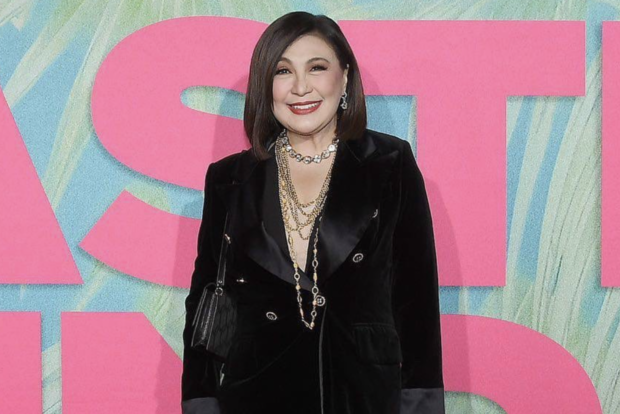 The Megastar showed herself on the film’s “pink carpet” at TCL Chinese Theatre in Los Angeles, donning a Jot Losa jumpsuit and a vintage 1980s Escada velvet jacket, as seen on her Instagram page yesterday, Aug. 3.

Cuneta’s photos at the movie premiere were taken by photographer Sthanlee Mirador, who also got snaps of Filipino celebrities Vina Morales, Ylona Garcia, Raymond Gutierrez and Mica Javier at the “pink carpet.”

Cuneta earlier teased her appearance at the “Easter Sunday” premiere by giving a glimpse of the TCL Chinese Theatre on her Instagram page last Tuesday, Aug. 2.

“Easter Sunday” is a film about a family coming together on Easter Sunday. It features an all-Filipino cast and is produced by American film producer and director Steven Spielberg.

Back in May last year, Cuneta seemingly hinted at losing a role in “Easter Sunday.” At the time, she revealed that she failed to star in a Hollywood movie produced by Spielberg because of a “false positive” COVID-19 test result.

Cuneta did not identify the film, though she noted that it had an all-Filipino cast. She also said she was supposed to play Koy’s aunt in the film, a role that was eventually given to Carrere.  /ra