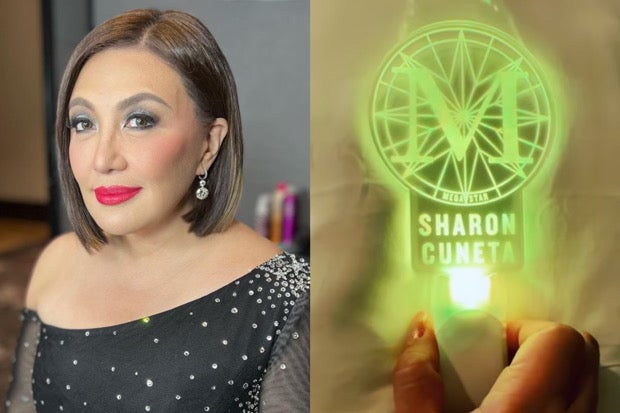 Sharon Cuneta will be having a K-pop-inspired treat for her fans, the “Sharonians,” as she is set to launch her own official light stick.

The actress-singer, a K-pop fan herself, showed the light stick which has “Megastar” and “Sharon Cuneta” written on it, through her Instagram page yesterday, June 27. Light sticks are commonly seen used by Korean fandoms during their idols’ concerts.

“Our first official [light stick]!” she said. “Will be ready and out for purchase before my next Manila concert! (I know medyo tagal pa, but at least nauna na tayo at meron nang ready!).”

(I know it would take a while but at least we are the first [to have it] and we have it ready.)

Cuneta’s fans then expressed their excitement over the singer’s announcement, with one @011293do referring to Cuneta as “sunbaenim,” which is a Korean honorific for a person who bears more experience in a certain field.

“OMG (Oh my gosh)!!! Can’t wait to have my own,” one @iamnicoleespiritu stated.

Cuneta is a fan of the South Korean boy group SHINee. She attended the recent “Begin Again: KPOP Edition” concert where she cried after seeing SHINee’s member Key.

Meanwhile, Cuneta recently had her “ICONIC” concert where she performed with fellow singer Regine Velasquez. Fellow celebrities who were in attendance at the said concert include Robin Padilla, Jolina Magdangal and Nikki Valdez. JB