Sharon Cuneta, Robin Padilla in talks for next movie together | Inquirer Entertainment

Sharon Cuneta, Robin Padilla in talks for next movie together 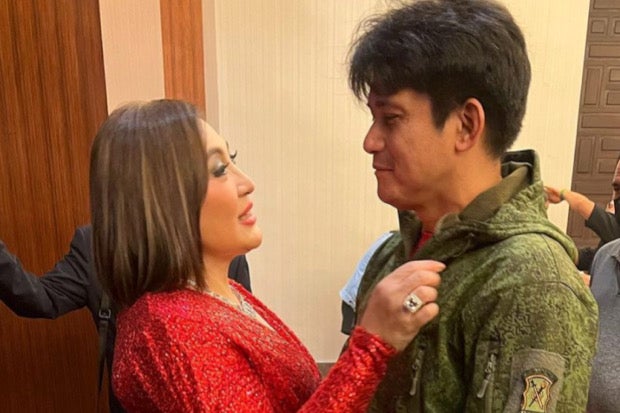 Sharon Cuneta was surprised by actor-turned-senator Robin Padilla’s presence in her concert, as she revealed that the two of them are planning on making their next movie together.

The Megastar had the first night of her “ICONIC” concert with fellow singer Regine Velasquez on Friday June 17, where Padilla was in attendance with former chief presidential legal counsel Salvador Panelo. Cuneta showed moments from their meeting while announcing their film plans, via her Instagram page yesterday, June 18.

“Our beloved friends surprised us, including number 1 senator [Robin Padilla] who came with Sec. Panelo!” she said. “P.S. Robin and I are now planning a movie together for you!”

Cuneta can be seen hugging Padilla as well as posing for a photo beside him and Panelo. Other celebrities who attended the concert include Jolina Magdangal, Nikki Valdez, Rica Peralejo and Darla Sauler.

Meanwhile, it can be noted that Cuneta and Panelo’s meeting was their first public sighting together after they hit headlines last March. It can be recalled that the actress-singer called him out for singing her song “Sana’y Wala Nang Wakas” during a campaign event.

Cuneta and Padilla’s films together include the box office hit “Maging Sino Ka Man” in 1991, “Pagdating ng Panahon” in 2011 and “Unexpectedly Yours” in 2017, where they starred alongside Julia Barretto and Joshua Garcia, among others. JB