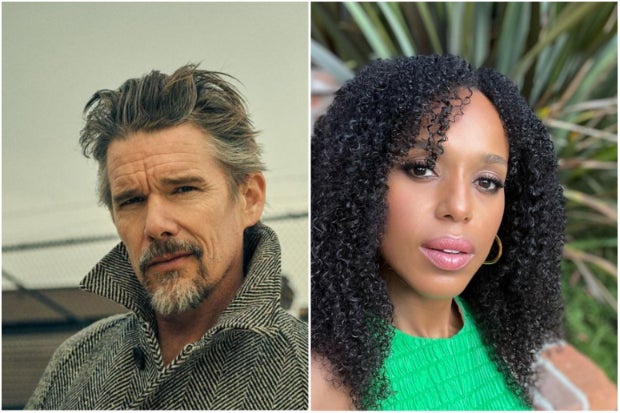 Put down your beach read and put on your headphones. If you’re lounging seaside or poolside this summer in the West and in search of entertainment, why not relax in the sun with one of the latest hot podcast series?

The universe of DC Comics’ Batman is also embracing the concept of the multiverse. In this alternate reality, Bruce Wayne, voiced by Winston Duke, hasn’t become Batman per se and his parents, Martha and Thomas Wayne, are still alive. But Gotham is being shaken up by a series of murders, perpetrated by a killer named The Harvester, whose victims end up in the hands of Bruce Wayne, who has become a forensic pathologist. The case is led by Barbara Gordon, the daughter of Commissioner Gordon. Meanwhile, Bruce Wayne consults a psychiatrist, Dr. Hunter, played by John Rhys-Davies, after being attacked at his workplace.

He’s the heir of a very rich Korean family. She’s an American-Mexican entrepreneur. But despite their different backgrounds it’s been love at first sight between Jaesun and Ana, since a karaoke session in Los Angeles. The romance takes a dramatic turn when Jaesun is forced to return to South Korea for two years of military service. Will love survive?

Actress Dianna Agron, known for her role in “Glee,” plays Sid, a mind reader living in Los Angeles in the near future at a time when people like her are considered criminals. She and her family spend their lives protecting their identities until a series of murders committed by another mind reader causes panic. Despite the danger, Sid embarks on a romantic affair with a mysterious woman, Andie, and risks everything for this love.

This show takes listeners back to the 1990s in the Bronx. Ethan Hawke plays Tommy “Fishpriest” Barth, a former cop who has turned bounty hunter after going undercover to bust a criminal organization, The Jamaican Shower Posse. However, the gang returns and once again threatens Fishpriest, who has nothing left to lose. And so a new hunt begins.

The story follows Special Agent Scott Thomas, played by Laurence Fishburne, working in Langley. Thomas is trying to figure out why Jonah, a driver, Daniel, a zoo veterinarian played by David Oyelowo and Dr. Viriginia Edwards, played by Kerry Washington, are connected to natural disasters events foretold by the Bible. Does the religious text feature premonitory warnings?