GOT7’s BamBam gets ‘jealous,’ accuses fan of ‘cheating’ for fangirling over his backup dancer in Manila concert

One lucky Filipino Ahgase (GOT7 fan) not only caught the attention of GOT7 member BamBam on Twitter but also received a hilarious response from him after he felt “cheated on” during the recently held “2022 Kpop Masterz in Manila” concert.

Social media user Gillian Bileson of Baguio City had tweeted a video she took during one of BamBam’s performances at the concert on Friday, July 29. The now-viral fancam specially focused on Sukgoo Kang, a talented South Korean backup dancer-choreographer, who performed on stage next to the Thai artist.

“Bam, promise, ikaw pa rin [ang] pinakapogi sa paningin ko (Bam, promise, you are still the most handsome in my eyes),” Bileson wrote in her tweet, addressing BamBam, who is her GOT7 bias.

In an interview with the Inquirer, Bileson explained that she and the other Ahgases around her had already found Kang cute since BamBam’s first performance that night: “When they scattered [while performing] ‘Look So Fine’ and this certain backup dancer went on our side, I did not hesitate to take a video of his cuteness and suddenly remembered I came there for BamBam.”

She had no idea her video would go viral and catch the attention of BamBam, who seemed surprised by his own fan’s tweet. The K-pop idol then replied with a meme that read: “Welcome home, cheater!”

He even updated his Twitter profile picture using the same meme, as if he was reminding his fans of the times they cheated on him. 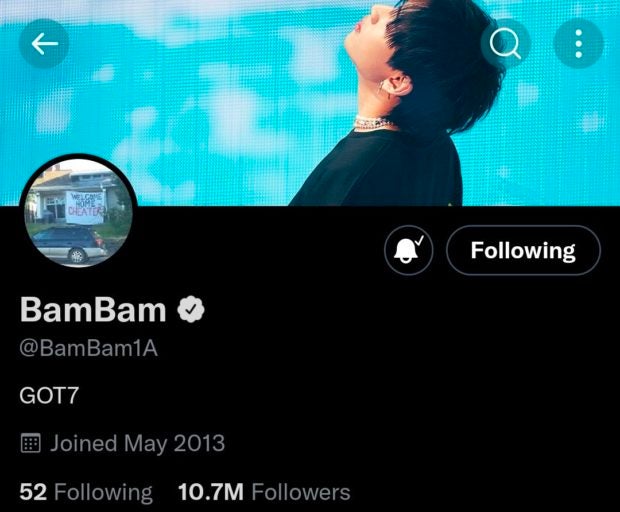 GOT7’s BamBam updated his Twitter profile picture with a meme after he accused his fans of “cheating on him” when they fangirled over his backup dancer during the recent Manila concert. Photo: Screengrab from @BamBam1A/Twitter

The GOT7 member–known for being possessive of his fans and actively reading their tweets–appeared to be on a hunt for other Ahgases who shared their admiration for his good-looking backup dancer and responded to them with the same funny meme.

Later on, he tweeted a photo of him with Kang, writing in jest: “I’ll let him rest for [three] months before he steals my fandom,” followed by a good-night tweet to his fans, along with a “loading gun” gif.

i'll let him rest for 3 months
before he steals my fandom pic.twitter.com/eLERDk4qMz

“Honestly, I did not see his reply immediately. I noticed my friends’ flood messages and missed calls first. When I came to check, my [Twitter] notifications were flooding, and I could not believe it! I’m trying to process everything,” Bileson told the Inquirer.

“Until now, I’m not sure if I should be happy that Bam noticed me or be nervous I got called ‘cheater.’ It’s funny how I always tweet about how I love him and such compliments, but he [noticed] the one where I’m ‘cheating’ over his backup dancer,” she added.

Before the concert, Bileson also attended BamBam’s press conference and fan sign event held in Parañaque City last July 28, where she got the chance to join a group photo with him. During the goodbye session, she even took a snap of her half-heart hand sign, which BamBam completed by making the other half. 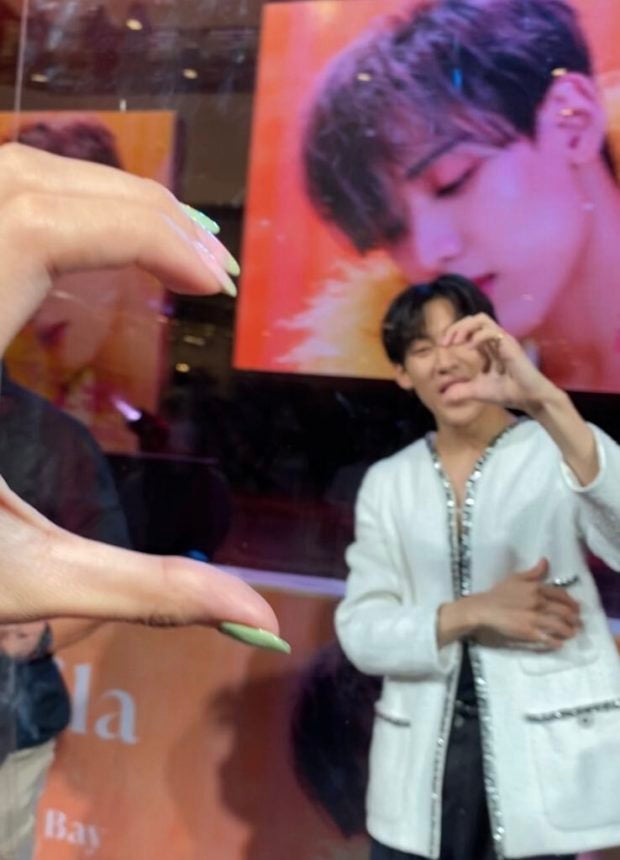 Filipino Ahgase Gillian Bileson and GOT7’s BamBam did a half heart hand sign during the latter’s press conference and fan sign event in Parañaque City on July 28. Photo: @believeinbam_/Twitter

When asked what she would want to say to the “riBBon” singer, Bileson answered: “As one of his fans, I’d love to tell him that no matter who I see and how handsome the guys around him look, he’s still the most handsome man and the best man for me.”

“[We] adore him interacting with us in person and on social media. Actually, we feel like we are truly friends with him and the other GOT7 members. [I’ve been an Ahgase for years] and I’m still amazed by our bond and friendship,” she added. 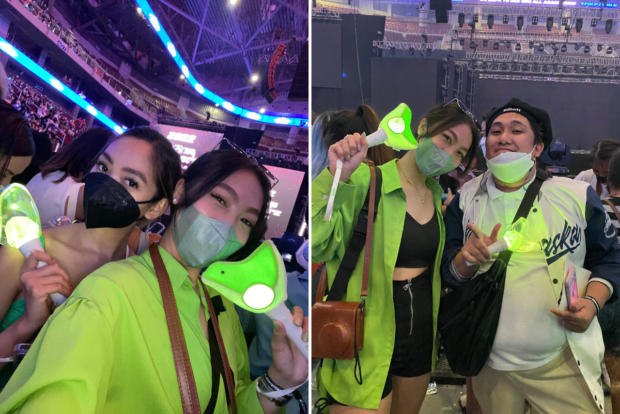 Filipino Ahgase Gillian Bileson and her fellow GOT7 fans Angela and Ace, pose for a photo while holding their lightsticks during the 2022 Kpop Masterz in Manila concert on July 29. Photo courtesy: @believeinbam_/Twitter

“I’d also want him to know that Filo fans love and adore him so much and that we appreciate him singing the Filipino song ‘Ngiti’ at the concert just for us. We will always support his path, and we’ll never get [tired of telling and showing] how much we love him! Shot puno, Bam!”

Bileson was indeed one lucky girl, as it turned out that Kang himself also noticed her when she posted the fancam and tagged the latter in her Instagram Story, writing: “Kung [hindi] pwede kay Bam, sa backup dancer [niya] na lang, ‘di ba, @soc_9?”

(If it is impossible to be with Bam, let’s just go for his backup dancer, right, @soc_9?)

Not only that, Kang reacted to her post with a heart emoji and even reposted Bileson’s fancam on his own Instagram Story.

Since she could not contain her “kilig,” Bileson jokingly typed, “Beh, single ka ba beh? (Beh, are you single, beh?),” but she did not actually send it to Kang.

A lot of Ahgases may have witnessed and enjoyed the breath-stopping performances of their favorite K-pop artists during the show, such as GOT7’s  BamBam and Jackson Wang, as well as of boyband Treasure, but for fangirl Bileson, what she experienced was truly one for the books!  /ra