LOOK: Pokwang’s kids go on US trip with Lee O’Brian 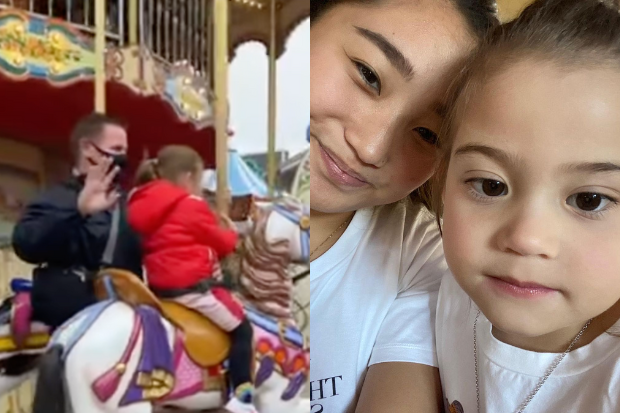 Pokwang has given the public a glimpse of her children’s trip to the United States with her ex-partner, actor Lee O’Brian, weeks after she revealed that they had separated and are now co-parenting.

The comedian’s daughters, Mae and Malia, appeared to have spent time with O’Brian’s relatives in the US, as Malia rode some amusement park rides with O’Brian, as seen on Pokwang’s Instagram page yesterday, July 26.

“Finally after two years, its nana, grandpa and Tita mimi time. Enjoy lang (Just enjoy) ate [Mae and Malia]. See you soon mga anak (my kids),” she said, along with a US flag emoji.

Pokwang confirmed her split with O’Brian last July 10. She said their breakup was “peaceful” and that it had been a month since they parted ways. She then clarified that their separation was not caused by a third party or financial issues.

The comedian also opened up on co-parenting with O’Brian, noting that the arrangement has made it easier for them to fulfill their roles as parents to their daughter Malia. She stressed that while the setup made them more “mature” as friends, she and O’Brian are happy with just seeing each other every weekend.

Pokwang and O’Brian started their relationship in 2015, after meeting on the set of the 2014 film “Edsa Woolworth.” The comedian gave birth to Malia in 2018. Mae is Pokwang’s daughter from a past relationship.  /ra