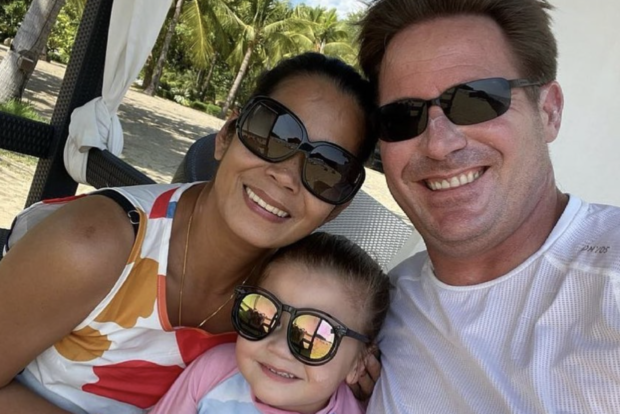 Pokwang has opened up on co-parenting with her former partner Lee O’Brian, noting that the setup has made it easier for them to fulfill their roles as mother and father to their daughter Malia.

The comedian talked about her co-parenting setup with O’Brian during her interview for Nelson Canlas’ podcast “Updated with Nelson Canlas,” released on Spotify last Thursday, July 14. Pokwang believes that co-parenting has been better for her and O’Brian.

For Pokwang, co-parenting pushed her and O’Brian to become “calmer” and more “mature,” and work together as friends.

(I do not want the child to wake up with us screaming at each other, it is ugly right, for the child to see that? Now, we have become calmer, better. In other words, our relationship as friends has become more mature.)

O’Brian visits Malia at Pokwang’s house every weekend, and he sometimes stays there longer if her tapings last more than three days. Pokwang noted that despite their past relationship, co-parenting has not been difficult for her.

“Naging masaya naman kayo nung time na nagsasama kayo and nabigyan naman tayo ng biyaya, si Malia. Bakit kailangan pa nating pabigatin?” she said. (We were happy when we were together and we were given a blessing, Malia. Why do we have to make things feel heavier?)

When asked whether there is a second chance—or even a third chance—for her and O’Brian, Pokwang stressed that they are happier just seeing each other every weekend.

Pokwang confirmed her breakup with O’Brian last July 10, saying it was a “peaceful” split and it had been seven months since they parted ways. She clarified that their separation was not caused by a third party or financial issues, but because she and O’Brian “got tired.”

Pokwang and O’Brian started dating in 2015, after meeting on the set of the 2014 film “Edsa Woolworth.” The comedian then gave birth to Malia in 2018. Meanwhile, Pokwang also has a daughter, Mae, from a past relationship.  /ra