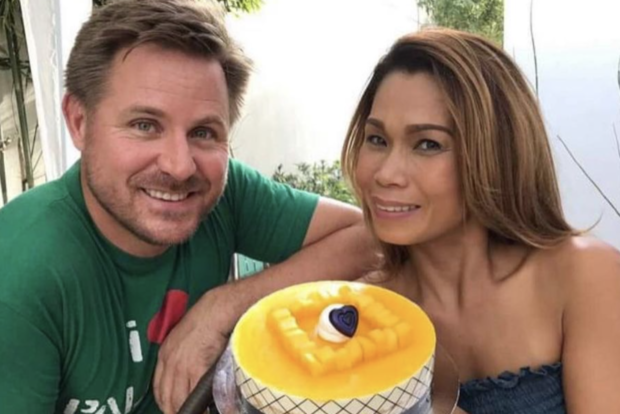 Pokwang came to her former partner Lee O’Brian’s defense amid speculations that their breakup was caused by a third party and financial issues.

The comedian spoke up on her separation from the American actor in her interview with Nelson Canlas for “24 Oras” yesterday, July 12, as seen on its Facebook page on the same day.

“Nasasaktan lang ako do’n sa mga nababasa ko kesyo palamunin ko raw. Masipag po iyong tao,” she added. (I just get hurt when I read people accusing him of mooching off of me. He is a hardworking person.)

Pokwang added that she opted to keep the breakup to herself for months because she often wants to face problems on her own.

For now, Pokwang will be focusing on her work, but vowed that she and O’Brian will be there for their 4-year-old daughter Malia.

Breakup speculations involving Pokwang and O’Brian have also been circulating online after Pokwang changed the label of her gourmet food product from “Pok-Lee,” a combination of her and O’Brian’s name, to “Mamang Pokwang’s Gourmet.”

Pokwang’s friend and fellow comedian Ogie Diaz revealed last July 8 that the couple had separated since November 2021. Pokwang then confirmed her breakup with O’Brian last Sunday, July 10, saying it has been seven months since they parted ways. She did not disclose the cause of their split, but stressed that they ended their relationship “peacefully.”

Pokwang and O’Brian met in 2014 on the set of the film “Edsa Woolworth,” and started dating in 2015. They welcomed Malia in 2018. Aside from Malia, Pokwang also has a daughter, Mae, from a past relationship.  /ra