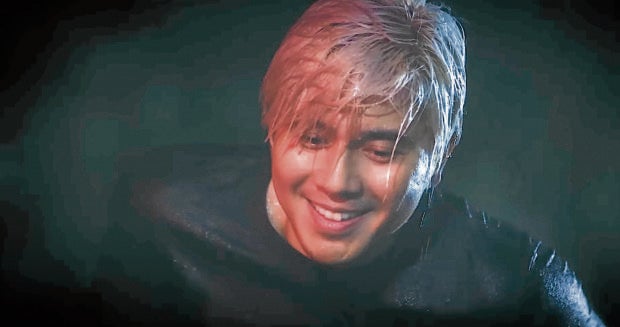 Scene from “Flower of Evil”

We were particularly thrilled by the dramatic prospects presented by the roles of Piolo Pascual and Lovi Poe — the former as a serial killer’s son who’s incapable of empathy, and the latter as an intuitive heinous-crimes detective who’s torn between love and duty — in ABS-CBN and Viu’s Pinoy adaptation of the K-drama series “Flower of Evil.”

Having said that, we must admit we were initially on the fence about the real Jacob del Rosario, the character whose identity Piolo’s Daniel Villareal has taken over, to hide from the people who blames him as much as his troubled dad (Gardo Versoza) for the series of unsolved murders in his hometown.

Beyond the sinister allure of murder and mayhem, however, we were particularly drawn to the series by its theme on nature versus nurture: Are people’s behavior and propensity to commit a crime influenced by environment or heredity? How susceptible is a person’s murderous trait to either change or “bubble to the surface”? Does he have a choice over his actions?

In “Flower of Evil,” Daniel is continually hounded by the unspeakable crimes of his father, even after he gets a new lease on life — as secretive artist-cum-family man Jacob, who’s happily married to Iris Castillo (Lovi).

But things take a turn for the twisted when we learn that the real Jacob is actually alive — not quite kicking just yet, but comatose. He is being shielded from the prying eyes of the public by his stern parents, Henry and Carmen (Edu Manzano and Agot Isidro, both exceptionally scary). And he’s being brought to life by Paulo Avelino.

So we were intrigued by the production’s decision to cast Paulo, an actor who’s known for his leading-man roles (“Ngayon Kaya,” “I’m Drunk, I Love You”) as much as the flawed or morally ambiguous characters he also essays from time to time (“Fan Girl,” “Ang Larawan”).

When asked at a press con what it was about the role that he found instantly appealing, Paulo said, “I found the circumstances surrounding his situation fascinating. There’s really not much about him that I can relate to, but compared to the other roles that I’ve done in the past, I felt I could portray him and show him in a different light.” 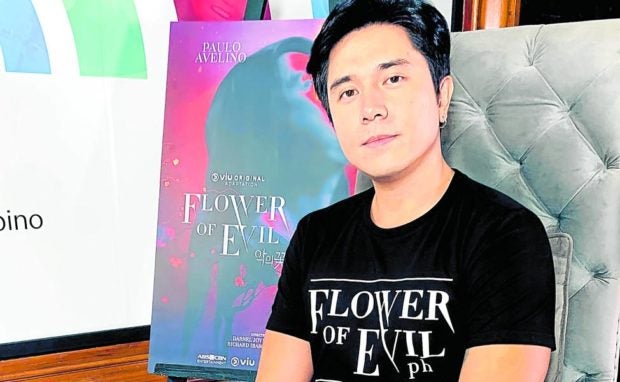 Paulo Avelino at the press con

Being the unpretentious actor that he is, Paulo cautioned the public not to heap praise on him just yet — not until they finally see him out of his sick bed and see for themselves what he does with the character. He explained, “Let’s wait before judging, so our expectations are managed realistically.

“I’m happy that people have been expressing their excitement to see me do this role. But personally, I didn’t think I was the perfect choice for this character. But we did everything we could to make it work — talagang tinrabaho namin ito.”

In the series as it is in real life, almost every person conceals a dark side. And while it’s true that actors tend to access the bleaker aspects of their personality to make their characters more convincing, Paulo said that his approach to acting depends on the character he portrays and his immediate circumstance.

“I always say that acting comes with accumulated life experiences, where ‘the more you know, the better your grasp at characterization becomes.’ In some cases, you can base it on the material itself and come up with ways and means to access the emotions needed for specific scenes.”

Does he watch a lot of K-drama series?

“I think K-dramas and films are highly regarded globally because they have their country’s support—which is something we can learn from. They’re also a very proud race.”

Aside from his “unique” character, Paulo said he was happy to work with Piolo and Lovi. “It was a treat to work with them,” he said. “They’re very health-conscious, so they work out every morning. Kaya minsan, people have no choice but to work out with them (laughs). Sinasabayan na lang sila. 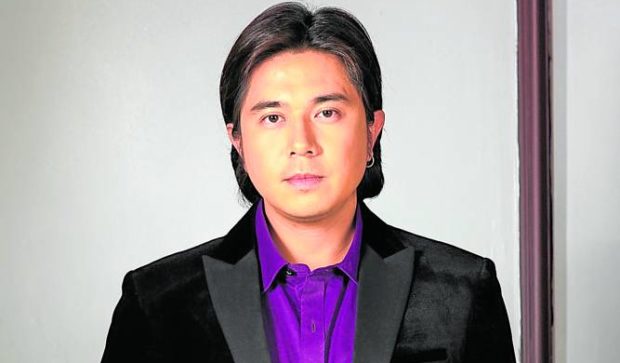 “More than anything, I like the fact that they’re both willing to do more than what’s perfunctory and go the extra mile to make something work.”

Another theme involving Paulo’s character that immediately resonates with viewers in this day and age is mental health, which has become even more relevant during the pandemic.

“I think it’s the same everywhere,” Paulo mused. “For any actor, you look for the background of a character and build it up from there. That’s how you forge your character’s relationships with other people.

“For me, these are important trigger points that can drive a person’s motivations. In Jacob’s case, the first thing I wanted to figure out was his relationship with his parents and friends. When the script arrived, that was when I understood why Jacob did the things he did.” INQ

Watch “Flower of Evil” first on Viu every Thursday and Friday at 8 p.m., and on Kapamilya Channel, Jeepney TV, and A2Z every Saturday and Sunday at 9 p.m.