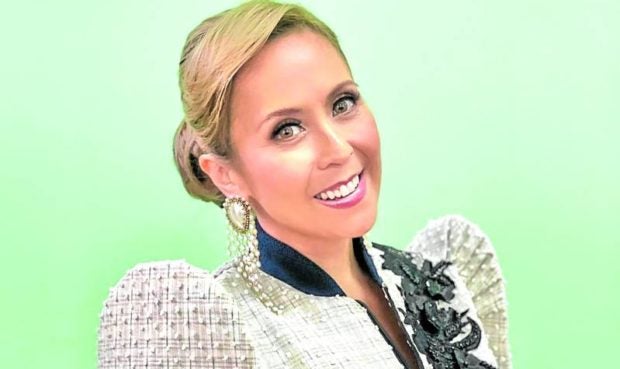 Rachel Alejandro didn’t expect her first live show in more than two years to be a physical challenge. What kept her going, she said, was all the pent-up excitement and adrenaline that she had been raring to release onstage.

“May hingal factor! I thought, ‘Oh my God!’” she said, laughing, in a recent online interview with the Inquirer. “As it turned out, going to the gym or working out is one thing. But singing and dancing at the same time is a different type of physical exertion. My body had to get used to sustaining notes while moving around all over again.”

“But the adrenaline was high. I had a lot of gigil in my first few shows. And so did the audience. What really sustained me was the excitement of being back onstage again,” she added.

The singer-actress had just finished a 10-city tour in the United States, which kicked off in Jacksonville, Florida, last May.

“I was nervous. When I was told that the shows were confirmed, I immediately started vocalizing every day. I revisited the exercises I did with my vocal coach, Krina Cayabyab. Good thing, I recorded our lessons back then. I was worried that I wouldn’t be able to sing for one and a half hours straight. But slowly and surely, I got back into it.”

Now, Rachel is preparing for her concert at the Winford Manila Resort & Casino ballroom on July 30. (Call 0917-6250328 or 0961-3600457 for tickets.) Special guests include crooner Lance Carlos and former “The X Factor UK” contestant Maria Laroco.

“At one point, I thought, ‘Kailan kaya babalik [ang live concerts]?’ Nothing would make me happier than being on the road again,” she related. “I thought it would take longer before I could return to my usual programming, which is singing. But luckily, a lot of my shows slated for late 2019 and early 2020 pushed through.”

Her upcoming show will have her performing her biggest hits, like “Mr. Kupido,” “Kay Tagal” and “Paalam Na”—but with a new twist. “I will be doing duets and production numbers with guests. I will do my signature songs, which the people have been raring to hear again, because it has been so long since they heard me perform. But I will put a fresh spin on the songs to spice things up.”

“I will also focus on songs we grew up with. My goal is to make people dance. I know that our kababayans missed doing that amid the pandemic. We missed that feeling of being at a party and just letting our hair down as we danced to our favorite hits,” she said.

Her shows in the United States were well-received by the Filipino communities there. And she believes that her tour’s success was in part due to the popular ABS-CBN drama series “The Broken Marriage Vow,” where she played Nathalia Lucero.

“The show did really well with the Filipino audience in the United States. Aside from the fact that they remember my hit songs, it helped that they got to see me every day. I think that made the people more excited to see me perform,” Rachel said of the show, which was the first proper teleserye she did in her career.

Despite the lack of live gigs for most of the pandemic, acting kept Rachel busy. And for that reason, she still counts herself lucky.

“It was fortunate in a sense that I had an opportunity to explore something that I don’t normally get to do, which was acting in teleseryes. It was a good experience for me. I met a lot of people, learned from my directors and coactors. I experienced being part of a locked-in taping. You get to be close with the people you’re with. It was a unique experience for me,” she said.

While music will always be Rachel’s priority, acting for television is something she would love to do more of. “My work schedule is pretty much decided until the third quarter of this year. But let’s see, if the networks will have something for me,” she said. INQ