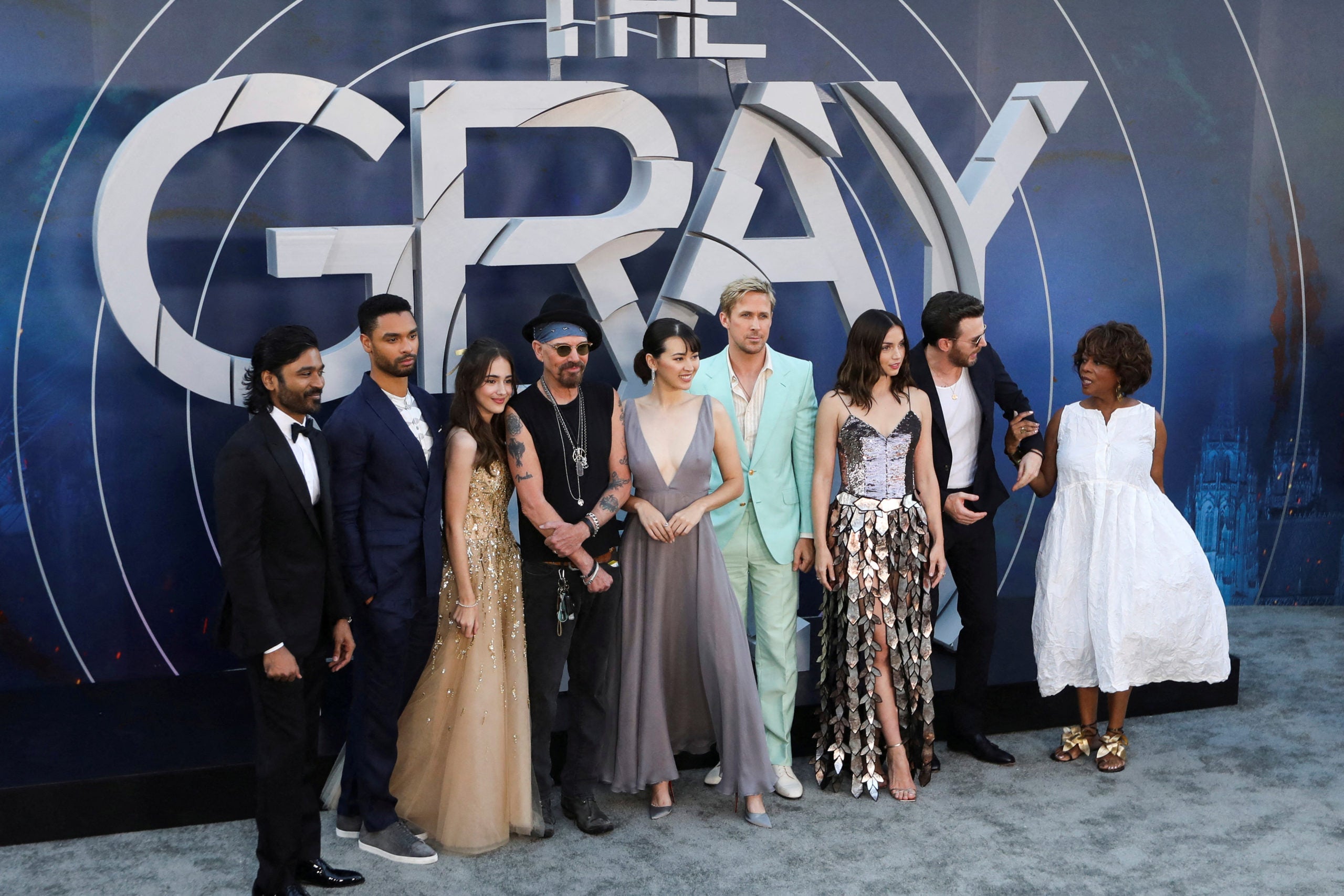 The cast poses on the red carpet before the World Premiere of Netflix’s “The Gray Man” at TCL Chinese Theatre in Los Angeles, California, U.S., July 13, 2022. (REUTERS/File Photo)

LOS ANGELES  – Netflix Inc is turning its new spy thriller “The Gray Man” into a franchise, announcing plans on Tuesday for a sequel and spinoff to the action movie starring Ryan Gosling.

“The Gray Man,” one of Netflix’s most expensive movies to date, began streaming on Friday and was the most watched film on the streaming service in 92 countries, the company said.

Gosling stars in the film as Sierra Six, a former inmate sprung from prison by the CIA in exchange for servitude in a secret program.

A “Gray Man” movie sequel is now in development with Gosling and directors Joe and Anthony Russo, Netflix said in a statement.

The company also announced a separate spinoff movie but did not provide details on the storyline or characters.

The expansion of “Gray Man” is part of Netflix’s strategy to build brands with well-known characters that can traverse film, television, video games and movies.