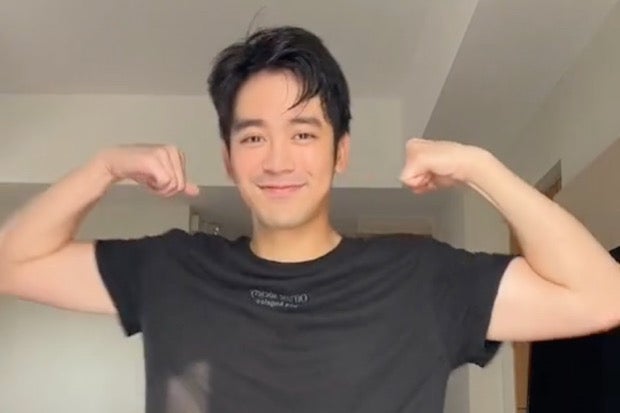 Joshua Garcia hopped on the TikTok trend once again as he made a dance cover of Chalie Boy’s “Thick Fine Woman,” which garnered over 15 million views within one day.

The actor grooved and lip-synched to the upbeat song, as seen in a video on his TikTok page yesterday, July 24. The video has now about 3 million likes, as of writing.

“Miss me? No [filter]!” he said, referencing a lyric from the song.

Garcia made fans swoon over him as they expressed their admiration towards the actor via the comments section.

“I think ‘I do.’ Oo (Yes), ‘I do’ na (already),” one @kennethsarmiento14 said, which may be a reference to the phrase said when accepting a proposal for marriage.

“Ganito pala kiligin,” one @yogurtplssss stated. (So this is how it feels like to be giddy.)

It can be recalled that Garcia became a trending topic last December after he made his TikTok account, where he showed himself doing the “Ginseng Strip 2002” challenge. The said video is still up on his page and has 133 million views and almost 10 million likes, as of writing.