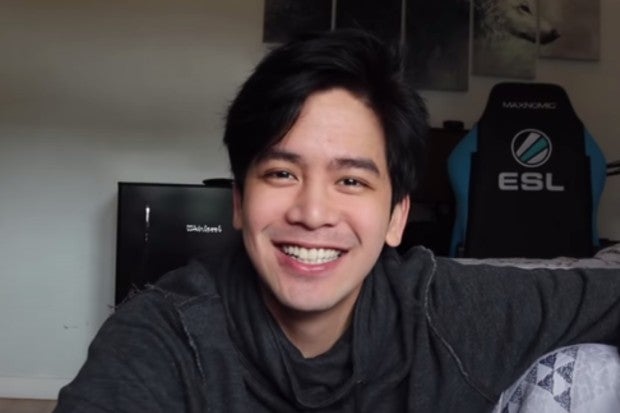 The actor has been a trending topic on Twitter for two days, which has been the exact number of days since he made his Tiktok account, @iam.joshuagarcia.

His first and only TikTok post so far is himself having his take on the “Ginseng Strip 2002” trend. The account has 1.4 million followers and 3.3 million total likes, as of writing.

“But you know i stay HAHAH,” Garcia said on his post, which, as of writing, has garnered 21.3 million views and 95.4 thousand comments. He then danced to the viral social media trend, finishing his video by covering the camera with his hand.

“There’s something about Joshua Garcia wearing [a] plain black shirt and a wrist watch. Sir, everyone is simping!!! So gwapooo and amoy baby, love youuu @iamjoshuagarcia,” one @ewikanne said yesterday, Dec. 22. (You’re so handsome and you smell fresh like a baby, I love you, Joshua.)

there’s something about joshua garcia wearing plain black shirt and a wrist watch😩 sir, everyone is simping!!! so gwapooo and amoy baby, love youuu @iamjoshuagarcia pic.twitter.com/3ul5fd0X4t

Other people have shared memes over the viral video, like one @oohcieour, who posted a video from TikTok user @mullerios. In it, there is a lady trying to focus on writing in her notebook while Garcia’s video plays in her head.

Garcia also recently made the news for rescuing actress Jane de Leon over her wardrobe malfunction during the 2021 ABS-CBN Christmas Special. He will be playing her love interest in the network’s upcoming adaptation of “Darna,” where she plays the titular role. JB