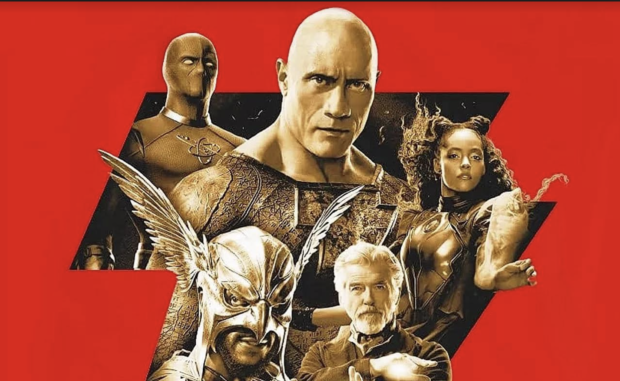 No Hollywood star or actor on any platform is as successful as Dwayne “The Rock” Johnson. He is one of the main reasons why everyone in the entertainment industry has been convinced that professional wrestlers or sports entertainers can jump into acting and be very good at it.

Now that we are still in the superhero age of comic books being made into bonafide Hollywood movies that not only rake in the hundreds of millions domestically but more significantly, on an international scale, which would equal to the hundreds of millions, if not at least cross a billion thresholds in numbers, when tallied with what the official box office gross will be. In my mind, it is about time that The Rock had his chance to portray a superhero or comic book-based character on his own, and one that he personally wants to do.

The “Black Adam” movie has been a long time coming for The Rock. Truly, in every sense of the term, this is a passion project of his. Black Adam is a DC character that he sees a lot of potential in, in making and strengthening the connection with his fans worldwide. Also, it is a DC character that has never been given this much attention on the big screen until only recently. With The Rock overseeing the whole development of the “Black Adam” movie, it is a virtual guarantee that this movie once released is going to kick ass! Have you seen the teaser trailer and the official movie trailer? It looks incredible!

In this movie, “Black Adam,” you got the extra bonus of finally seeing other beloved DC characters like Doctor Fate who is going to be portrayed by Pierce Brosnan; Hawkman; and two obscure and below-the-radar DC characters in Atom Smasher and Cyclone. This assembly of superheroes is balanced on the selection of DC characters for this soon-to-be-released movie domestically in the States on October 21, 2022. But, when you put all of them together with, of course, “Black Adam” it does feel something special, grandiose, and worth watching.

There is excitement in the air for this one because of that big reason. Besides, now is the best time to have The Rock enter the realm of superhero movies because let us be very frank here, he does look like a superhero in life. I mean, he has the history, he has the reputation, he has the charisma, and he has the physique. When I begin to think of it more, The Rock portraying “Black Adam” makes a whole lot of sense and you do see the reasons why, if you are very familiar with his transition from being in the WWE, and now to Hollywood when he made the jump into acting in 2000. Yes, The Rock has been in movies and making movies since the dawn of the millennium. More than 20-plus years ago.

There was a time not too long ago, when it was a no-brainer who The Rock could not bring to life in a comic book-based character on the big screen, but who he could portray that has not been seen yet by millions? Do you get the subtle reference there to one of his most legendary catchphrases when he was still a regular performer for the WWE? Well, it is well-deserved because whoever said that former professional wrestlers or sports entertainers would not make great actors in Hollywood, saw another thing coming, and I believe this same train of thought is suitable to the expectations we all have when it comes to “Black Adam” because with The Rock being the one to portray him it feels very much justified. And indeed, he can bring justice to the DC character because I believe he is the only one who can do it.

Also, I had always thought years ago, when I would ponder the thought of The Rock portraying a superhero role in movies that it would have been for Marvel? And, to be more precise, it would have been for the MCU. But, when you piece the pieces together and analyze everything and what led to this point, it does feel apt and fitting that The Rock is in the DC extended universe (DCEU) because after all, the DCEU is home to arguably the two most famous comic book-based characters of all time in Superman and Batman. But now, I believe they have to make way soon for “Black Adam,” because once everyone gets to watch the movie with The Rock starring as “Black Adam,” then who knows, maybe soon after we will see “Black Adam” face off against one of them.

Is this fantasy casting or fantasy warfare among superheroes? I do not think so. It could happen one day.

On a personal note, I will always refer to him as The Rock, and not only Dwayne Johnson because I grew up watching him in WWE. So, his ring name which has now become his nickname will always stick to me because The Rock was a part of my childhood growing up, just as many others of my time and generation, loved watching wrestling on television. And now, we get to watch The Rock in his movies.

In the meantime, “Black Adam” is going to help redefine what we all think of the DCEU because of one man, and that is no other than Dwayne “The Rock” Johnson.