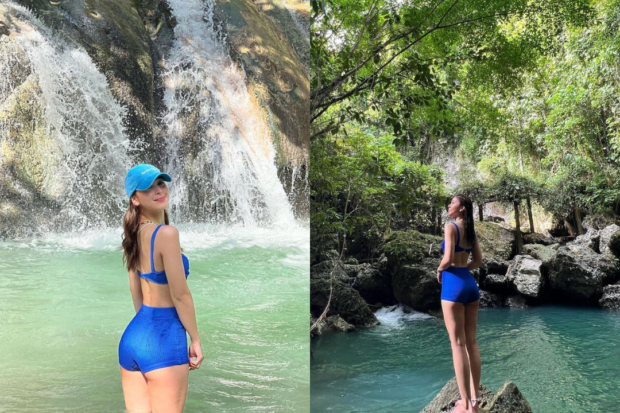 Julia Barretto has wowed fans as she proudly flaunted her curves in a swimsuit during her recent vacation to Davao.

The actress can be seen in a blue two-piece swimsuit with high-waisted shorts while posing by a waterfall in Samal Island in Davao, as seen on her Instagram page yesterday, July 20. Barretto can also be seen taking a dip at the lake near the waterfall and admiring the forest that surrounds it.

“Life is soooo beautiful,” she said.

Among the celebrities who sent compliments to Barretto were actress Iza Calzado and TV host Bianca Gonzalez.

Barretto has been keeping herself busy nowadays with her travel vlogging series “Juju on the Go,” which premiered its first episode last May.

The actress had also opened up on her marriage plans, admitting that she was ready to say “yes” if her boyfriend and fellow actor Gerald Anderson ever proposed to her.  /ra