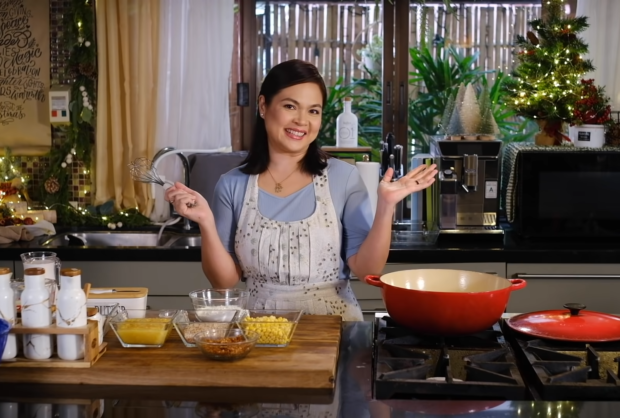 Judy Ann Santos explained that she opted to pause from making cooking videos amid the rising prices of goods, saying it seems “unfair” to those who could not afford ingredients.

The actress addressed the lack of new videos from her cooking vlog “Judy Anne’s Kitchen” during the episode of “Magandang Buhay” last Monday, July 4, as seen on ABS-CBN’s YouTube channel. Santos was asked by her co-host Melai Cantiveros whether her busy schedule was the reason why she had not been making new videos, with the latest one released last January.

(It is not because I am so busy. It is just difficult to think of episodes especially if price increases are so severe. I do not want the viewers to not be able to relate to whatever I cook because it seems very unfair.)

Santos stressed that she will eventually return to making cooking videos, but is still looking for the right timing to do so.

“Ayoko lang na parang masabihan ako na, ‘luto ka nang luto, ‘di naman namin magagawa ‘yan.’… [After] lang din ako roon sa [reality],” she said. (I do not want to be told, “You keep on cooking, we cannot even do that.” I am just considering the realities.)

Santos added that she considers “Judy Ann’s Kitchen” her “outlet” so she only does episodes for it when she feels inspired.

Santos is currently serving as a guest host for “Magandang Buhay,” alongside Cantiveros and Jolina Magdangal. She started her stint on the morning show last June 21, replacing Regine Velasquez who left mid-June to judge “Idol Philippines.”