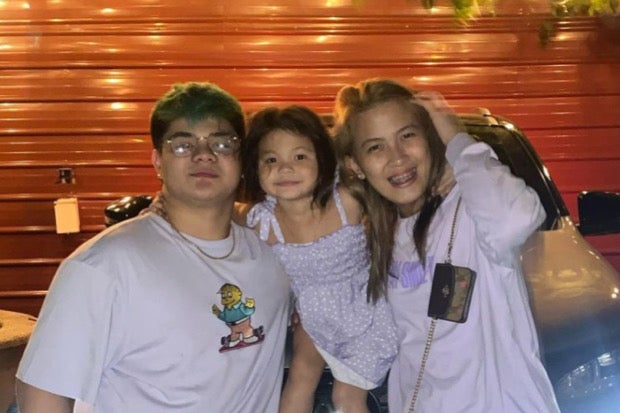 “Goin’ Bulilit” alum Bugoy Cariño recounted the hardships he had been through being a teenage father to Scarlet, his daughter with volleyball player EJ Laure, revealing that they initially considered to abort their baby.

Cariño made this revelation and opened up about how his life changed when he became a father, in an exclusive interview with broadcaster Karen Davila, as seen on her YouTube channel yesterday, June 18. The actor-dancer, who was 16 years old at the time, was taken aback when Laure informed him of her pregnancy, stating that he was not ready for it compared to Laure who was 21 years old then.

(That was the time when my career was at its peak so I got confused. I thought that it really was too early. I lost everything so it really hurt me that when I became a father, I was not able to support my family anymore.)

(At first, we really decided to have an abortion. I said, “OK” because I was still young back then and I did not know that doing it would mean losing a life. So I said, “Let’s do it to bring back my career as well as the shows I lost, so I can be able to help my family.”)

Cariño then spoke about how he decided to keep the baby after thinking thoroughly and realizing that it would have been the “biggest sin” he would ever commit in his life. He also addressed the issue regarding him being a minor when he had a relationship with Laure, stressing that it was his “choice” not to press charges against her.

(I am aware of people’s comments saying I should file a case against EJ because I was a minor [but] they would not be the one to press the charges. I should be the one [to decide] because I was the minor [in the relationship, but] I chose to be happy with EJ. I want her to be part of my life.)

Cariño recalled the joy he felt when he first saw their baby as well as how he thanked God for the “new chapter” of his life. He also disclosed his plans of getting married to Laure when they are both “stable” enough.

Cariño and Laure revealed Scarlet to the public in 2020 when the former “Goin’ Bulilit” star celebrated his 18th birthday. Their relationship sparked controversy due to Cariño being only 15 years old when he first got involved with Laure, who was then 19 years old. JB

Read Next
Let’s watch Prince Carlos shoot for the hoops and the stars
EDITORS' PICK
Karding damage to infrastructure at P23M
House energy committee chair Arroyo bats for cheap electricity
Individuals affected by ‘Karding’ now over 157,000
Reignite your passion with the vivo Y35
Bongbong Marcos says PH ‘open for business’ with new Clark Airport terminal
Newbie gamers are in for a treat with the power-packed feature of vivo Y16
MOST READ
LPA enters PAR, may develop into tropical depression
Angelica Panganiban ‘duguan, sugatang mom’ one week into breastfeeding
LOOK: Catriona Gray moves into her new home ‘Casa Gray’
Security guard shoots 2 other guards dead inside Makati subdivision
Don't miss out on the latest news and information.