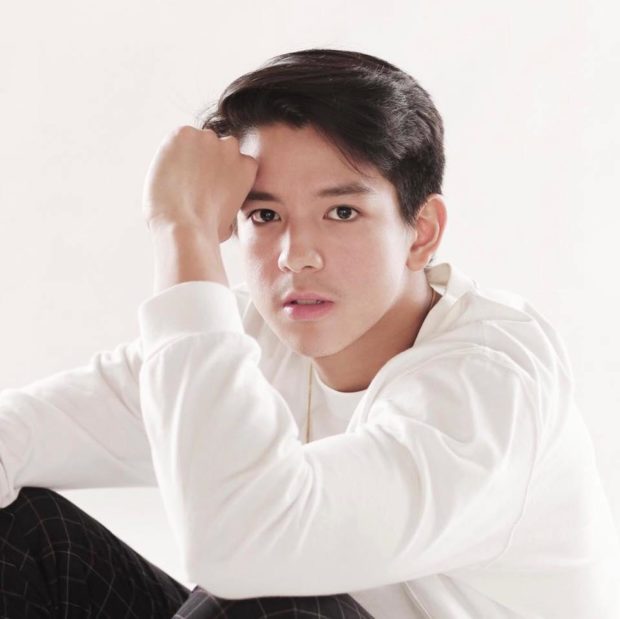 Sports and showbiz are not that far apart when you think of it. Both fields of profession demand discipline, commitment and passion, and those three laudable traits are embodied in one of the most popular athletes to make the transition to showbiz since 2019, namely the multi-awarded athlete and actor Prince Carlos who is an ace CSB Blazer and one of the most famous Junior Archers in the history of De La Salle Zobel. Currently, in the National Collegiate Athletic Association.

But more than those above-mentioned accomplishments and traits one may learn to acquire anyway, what struck me most and left me with such a good impression of Prince Carlos in my recent exclusive interview with him is that he is such a polite, amiable, cool and laid-back decent person. These are clear hallmarks of one who comes from a good family background and is very well-bred. And those tell-tale signs are what make him stand above the throng of other celebrities and personalities.

Indeed, it was fun and such a breeze getting to know Prince Carlos more.

Following in the footsteps of other athletes and former athletes who have made the jump to showbiz, Prince Carlos wants to balance his commitments to both professional fields and excel in them as well. One proof of that in his showbiz career is the fourth appearance of Prince Carlos in an episode of “Regal Studio Presents.” His past performances in the previous episodes he was cast received such positive feedback and did well with viewers at home. Hence, his fans will certainly be happy to see him once again on GMA Network. Let’s watch Prince Carlos shoot for the hoops and the stars this Sunday.

The newest episode of “Regal Studio Presents” entitled “Most Valuable Daddy” which stars Prince Carlos, Hailey Mendes and Benjie Paras will air this Sunday on a special time slot of 3:45 p.m. on GMA Network.
This episode is directed by Nick Olanka and written by Dustin Celestino.

Below is my exclusive interview with Prince Carlos:

Lately, especially in the last few years, there has been a strong resurgence of collegiate athletes making the jump to showbiz such as yourself. In your opinion, what qualities do you think athletes must possess to make them shine and last in showbiz?

What special qualities in a woman are you looking for that would make you seriously think of her as a future wife or a girlfriend?

Prince Carlos: The number one quality that I am looking for in a girl is God-fearing. That is really number one for me. You know, having God in the center of your life, in the center of your relationship, is very important. Because if things go wrong and you have God in the center of your life, they would not be too heavy because you are still going to look at the bright side and the purpose of God in your life. And therefore the two of you will not clash too much. Now, on the physical side? Hmm… Someone who’s not too tall. Someone, maybe, who’s 6’5″ only? Joke! Average height, just right because I am not that tall, really. And of course, she must be pretty.

Given that Benjie Paras, your co-star in this episode, is the most successful athlete to make the jump to showbiz and has lasted the longest in showbiz, were you able to ask for any advice from him?

Prince Carlos: I asked Benjie Paras how he balanced showbiz and basketball because that is what I am doing right now and it’s not that easy to balance them both. He replied that it depends on what I really like. I told him I want to be a professional basketball player. So he said, “Keep on working. Go for that. Others will follow. Showbiz is just there.” Of course, I will not forget that. But you have to focus on one thing first. Prioritize. Because, guys, you need to have a priority. If you focus on that priority, if you achieve your goal, everything else follows. He also told me that I have to know how to manage my time, and how to balance everything out. Especially now that I have my studies, too. So now, I have to balance those three: basketball, showbiz and my studies. It’s not that easy, really. So, my commitment and discipline are really important.

If you could have dinner with a local or international artist or figure, belonging to any field of your choice, past or present, living or dead, what would you like to ask that celebrity? What would you want to know more about that person?

Prince Carlos: In the field of basketball, the greatest of all, I choose Michael Jordan. I will ask him how he became very successful not only in basketball but also in business. He’s a very successful person. Actually, right now, I am starting to learn golf. And Michael Jordan plays golf, too. I want to know more about how he started to play golf and all that. So, it’s not all about basketball.

Let’s pretend we belong to the animal kingdom. What animal will you be? And why is that your choice?

What was the most fun or memorable for you while doing this TV episode, ‘Most Valuable Daddy’?

Prince Carlos: To be honest, to be able to work with sir Benjie, is already very memorable in itself for me. Of course, sir Benjie, he’s very well-known, he’s legendary in basketball, in showbiz. To be able to share a show with him, I feel very grateful and very blessed. It’s really such an honor to work with him. And those off-the-set moments I had with him, goofing around, sharing stories, those are really the happiest and most memorable for me.