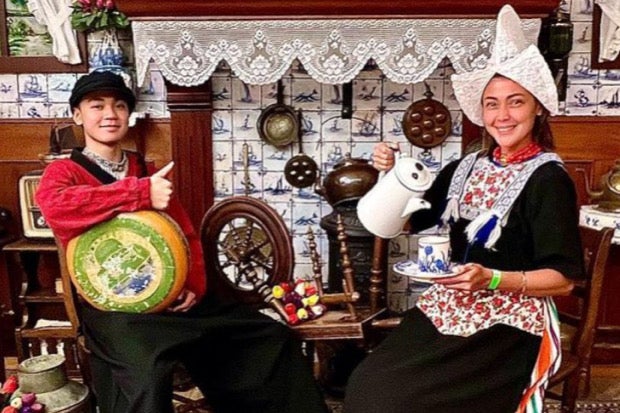 Jodi Sta. Maria got to spend quality time with Thirdy, her son and “favorite travel buddy,” by going on a trip to the Netherlands.

Sta. Maria and Thirdy went to the country’s capital Amsterdam and posed beside each other on a small bridge, as seen on the actress’ Instagram page on Monday, June 13.

“I do believe it’s time for another adventure with my favorite travel buddy,” she said.

The two of them also toured Volandem town in the said city and experienced its culture by wearing traditional Dutch attire, as shown by Sta. Maria in a separate post.

“Life is made with small moments like this,” she stated, while describing it as “a good day” in Dutch.

Thirdy is Sta. Maria’s child with her ex-husband Panfilo Lacson Jr. In a recent interview with Philippine Daily Inquirer, the actress spoke about their mother-and-son relationship and revealed that she strengthens it by “not imposing things on him.”

Jodi Sta. Maria on getting married again: ‘I’d want to, with the right person’