How Jodi Sta. Maria’s degree in psychology helps in her acting and parenting styles 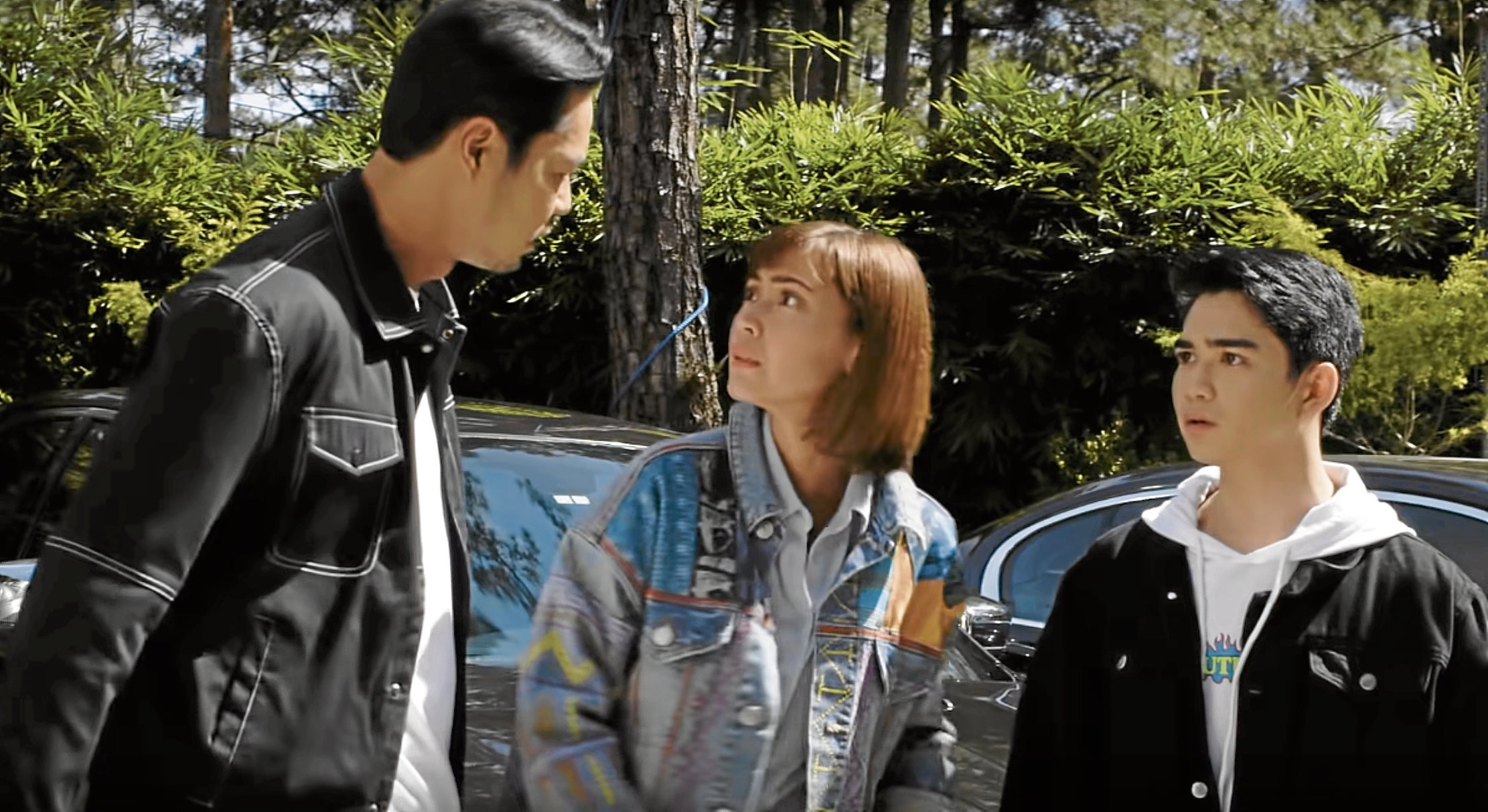 Actress Jodi Sta. Maria, who finished her degree in psychology in 2020, said her background on the study of human behavior has helped her so much not just in her portrayal of her character in “The Broken Marriage Vow,” but also in her parenting style to teenage son Thirdy.

“My course helped me a lot, especially when it came to understanding the character. I know that there’s always a psychological reason as to why this person behaved this way. I needed to retrace and try to understand what might have happened to her when she was younger; if she has had wounds that have yet to heal. It also helped in creating the character. I was able to put a lot of layers and turn her into something three-dimensional,” Jodi told Inquirer Entertainment during a recent media gathering to promote the finale of “The Broken Marriage Vow.”

The series is the local adaptation of the British drama series “Doctor Foster.” It begins by showing how the seemingly perfect life of Dr. Jill Ilustre unravels when she discovers that her husband, David, is having an affair with the daughter of one of her patients.

Relationship with sonJodi said her psychology background was also a great help when it comes to strengthening her relationship with 16-year-old son Thirdy. “I know that, at this point, there are things that he prefers to keep from me and there are also things that he is very much open to discuss with me. What I try to do is not impose things on him, like tell him pointblank what to do or not to do,” said Jodi.

“I always ask questions that are not answerable by a ‘yes’ or ‘no.’ This way, he would have to expound when he answers. That’s the only way to connect with him at this point. He is turning 17 and I know for a fact that, sometimes, his circle of friends are more influential to him than his parents,” Jodi pointed out. “I always try to ask him to invite his friends over so I get to meet them, so that I am able to observe the sphere of influence that my son has. To me, that’s important.”

This also explains why Jodi said she takes seriously the struggles of Gio (Ziajian Jaranilla), Jill’s son in the story. “I think it’s important for parents, especially those who are estranged, to have open communication lines with their children. You have to keep on reassuring them that it’s not their fault that the separation happened, and that they are not to be blamed for it.”

She further said: “That’s why they go through what we call the rebellious stage. They feel shame and guilt. They would ask themselves, ‘Is it my fault? ‘Am I not enough to keep them together?’ It’s like they burden themselves with this problem that has nothing to do with them or is not their doing.”

Jodi then emphasized the need to keep on checking the kids. “Let’s keep assuring them with our love, let them know that, even though our relationship with their daddy or mommy didn’t work, they will always be loved and appreciated,” Jodi said. “I would read messages on Twitter saying they feel angry with Gio, that Gio is so stubborn, and that he should be slapped in the face for misbehaving, but we have to understand that there are psychological implications to what happened. We must also be aware that if we feel hurt with what happened as parents, imagine the damage that this separation has caused our children.”

Jodi also talked about the need to look into the “underlying reason” for a child’s unusual behavior. “Sometimes, what we only see is how they react physically and we forget that they are also going through a very difficult time. While we’ve already come to terms with the separation, they are still processing what happened. Most of them, because of their being young, are not able to process these things on their own. They need help from parents or a support group,” she explained.

The series, which also features Zanjoe Marudo and Sue Ramirez as major cast members, is currently airing its last three weeks. It was shot in Benguet, Baguio, and La Union in December 2021 and premiered on the Kapamilya Channel on Jan. 24.

Happy with the ending

Asked whether she was satisfied with the way her character turned out in the end, Jodi replied: “If I say, ‘Yes, I’m happy with the ending,’ the audience would say I’m biased. It’s really hard to tell, but toward the end, the viewers will see something that will make them understand and say, ‘Ah OK.’ We would want to wish that the characters did this or said that, but since this is an adaptation, we really can’t veer away from what the creative team and our writers have laid down for us.”

Does she feel relieved that she would finally be able to let go of Jill and move on? “For me, even though we finished taping for the series last December, I still have remnants of Jill in me. She’s not that easy to remove from my system,” Jodi explained. “I was able to take a break from work for six months. I would say that, yes, I am now in the process of washing off all these remnants.”

“The Broken Marriage Vow,” codirected by Connie Macatuno and Andoy Ranay, can be seen on weeknights, at 9:20 p.m., on the Kapamilya Channel, A2Z, TV5, and Kapamilya Online Live, as well as on iWantTFC and Viu.