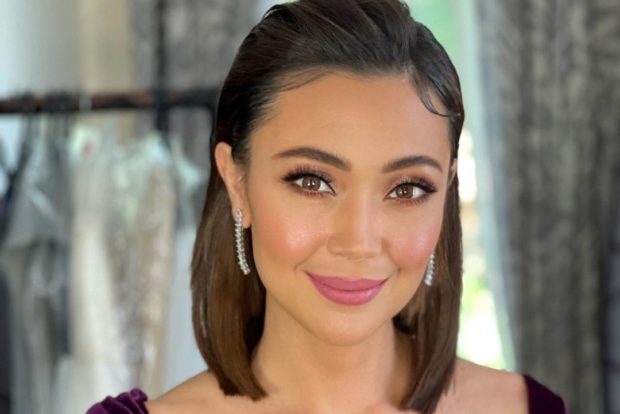 Jodi Sta. Maria has given her stamp of approval to an “unauthorized musical” impersonating the characters she played and currently portrays.

The actress was among those who watched the online show of content creator AC Soriano (@itsacslife) titled, “Jodi Sta Maria: The Unauthorized Rusical,” as seen on one @klspxc’s Twitter page last Monday, April 18.

During the musical production on Instagram Live, Soriano impersonated various characters played by Sta. Maria, including Maya Dela Rosa from “Be Careful with My Heart,” Amor Powers from “Pangako Sa’ Yo,” Marissa Pineda from “Ang sa Iyo ay Akin” and Jill Illustre of “The Broken Marriage Vow.”

Among her various reactions, Sta. Maria can be seen sending heart and thumbs up emoji during Soriano’s “Be Careful with My Heart” musical number, as well as clapping emoji when he delivered the lines, “Matitikman ninyo ang batas ng isang api!” from “Pangako Sa’ Yo.”

be careful with my heart era pic.twitter.com/6Ok46OEt8h

Since Soriano did the “unauthorized rusical,” netizens have been referencing moments from it, particularly the remix of Sta. Maria’s lines from “The Broken Marriage Vow.”

One @IanGalliguez simply said, “Your daughter… is sleeping with my husband,” and Sta. Maria replied with a laugh.

Sta. Maria currently stars in the drama series “The Broken Marriage Vow” with Zanjoe Marudo, Sue Ramirez and Zaijian Jaranilla. The show is based on the BBC series “Doctor Foster,” and is the sixth international adaptation following versions made in France, Russia, Turkey, India and South Korea.  /ra

Jodi Sta. Maria on getting married again: ‘I’d want to, with the right person’