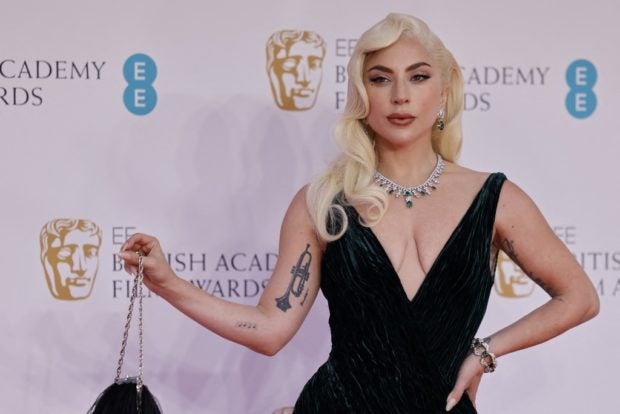 Lady Gaga poses on the red carpet upon arrival at the BAFTA British Academy Film Awards at the Royal Albert Hall, in London, on March 13, 2022. Image: AFP/Tolga Akmen

Lady Gaga may be joining Oscar-winning actor Joaquin Phoenix in the sequel to the 2019 film “Joker” as she is reportedly in talks to play former Arkham Asylum psychiatrist Harley Quinn.

Specific details on the American actress-singer’s involvement in the movie are yet to be revealed as of this writing, though the sequel is planned to be a musical, sources exclusively told The Hollywood Reporter last Monday, June 13.

If Lady Gaga will indeed be cast as Harley Quinn, she would be playing the latest live-action version of the character since Margot Robbie appeared in the films “Suicide Squad” (2016), “Birds of Prey” (2020) and “The Suicide Squad” (2021).

Lady Gaga’s version of the character is also expected to exist in a different DC universe from that played by Robbie.

It is unclear whether Philipps and the film’s production team will be bringing in other DC characters to the sequel, or creating new characters like they did in “Joker.”

Philipps teased “Joker: Folie à Deux” last June 8 by giving a glimpse of Phoenix reading what appeared to be a script. Further details about the film are yet to be revealed as of this writing.

“Joker” tells the story of aspiring stand-up comedian Arthur Fleck, who inspired a revolution against the wealthy with his transformation into a criminal mastermind.

During the 2019 Academy Awards, the film won best original score and Phoenix won best actor for his performance. It also received 11 more Oscar nominations including best picture. Aside from this, the film was  hailed as the best film at the 2019 Venice International Film Festival.  /ra