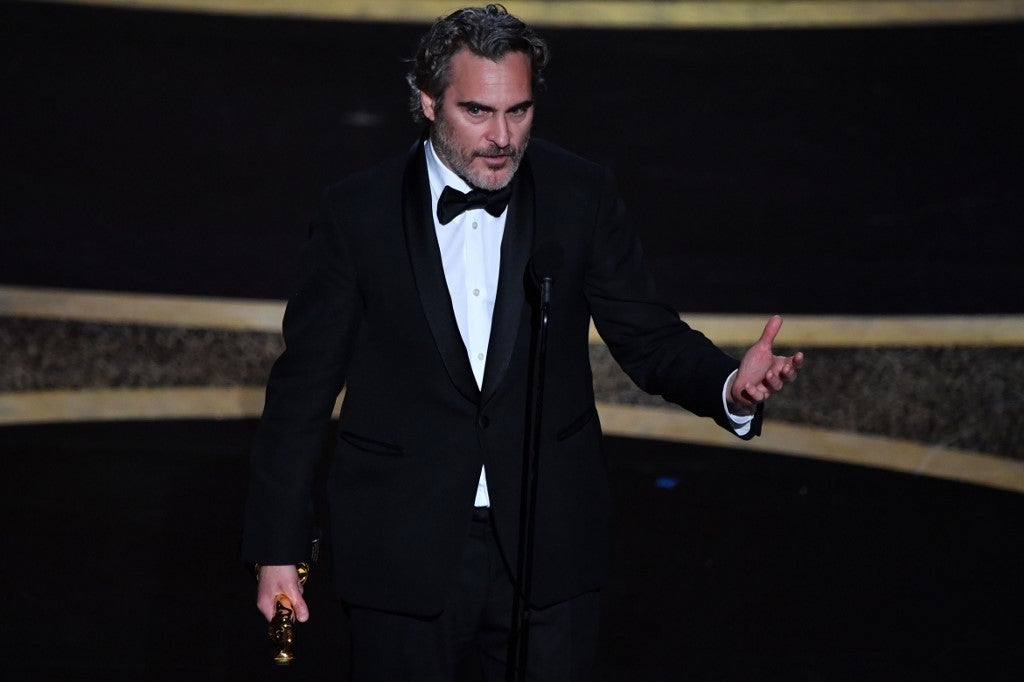 US actor Joaquin Phoenix accepts the award for Best Actor in a Leading Role for “Joker” onstage during the 92nd Oscars at the Dolby Theatre in Hollywood, California on February 9, 2020. Photo by Mark RALSTON / AFP

His first Academy Award follows months of controversy over the arthouse origin story about Batman’s nemesis, which stoked fears of inciting violence even as it hoarded nominations and awards.

“We share the same love, the love of film. This form of expression has given me the most extraordinary life,” the actor said before launching into an emotional call for Hollywood to “use our voice for the voiceless” and “fight against injustice.”

He ended his speech with a tearful tribute to his brother River, who died of an overdose in 1993 at age 23.

“Run to the rescue with love and peace will follow,” Phoenix said, quoting his brother.