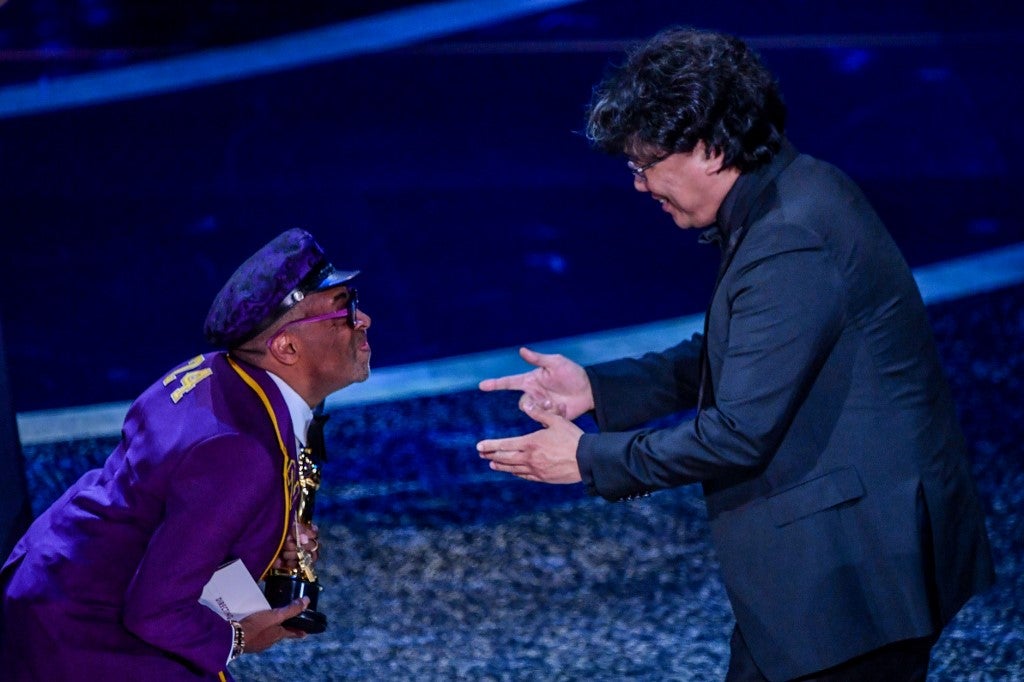 South Korean film director Bong Joon Ho (R) accepts the award for Best Director for “Parasite” from US director Spike Lee (L) during the 92nd Oscars at the Dolby Theatre in Hollywood, California on February 9, 2020. Photo by Mark RALSTON / AFP

HOLLYWOOD — South Korea’s Bong Joon-ho on Sunday won the Oscar for best director for “Parasite,” the third on the night for the film.

Earlier, it scooped up prizes for best international feature and best original screenplay.

“After winning best international feature, I thought I was done for the day and was ready to relax,” the humorous director quipped, after taking the prizes over Sam Mendes, Martin Scorsese, Quentin Tarantino and Todd Phillips.

He then offered gracious shoutouts to Scorsese (“The Irishman”), Tarantino (“Once Upon a Time… in Hollywood”), Todd Phillips (“Joker”) and Sam Mendes (“1917”).

“When I was young and studying cinema, there was a saying that I carved deep into my heart, which is: ‘The most personal is the most creative.’

“That quote is from our great Martin Scorsese,” Bong said, eliciting a standing ovation for Scorsese.

He then said: “When people in the US were not familiar with my films, Quentin always put my films on his list.”

“Quentin, I love you,” he said in English, later adding that he would like to split the trophy in five among all the nominees.

“Thank you. I will drink until next morning. Thank you.”